Russia says it will pull out of the International Space Station (ISS) after the country’s current commitment expires at the end of 2024, ending its decades-long partnership with NASA at the orbiting outpost and launching its own, new space station soon afterward.

Yury Borisov, the newly-appointed head of Russia’s space agency, Roscosmos, made the announcement on Tuesday, saying that he had already informed Russian President Vladimir Putin about leaving the ISS, a key symbol of post-Cold War cooperation with the United States.

“You know that we are working within the framework of international cooperation at the International Space Station. Undoubtedly, we will fulfill all our obligations to our partners, but the decision to leave the station after 2024 has been made,” Borisov told Putin in the Kremlin-issued readout.

The decision comes amid tensions between Washington and Moscow over Russia’s “special military operation” in Ukraine that started on February 24.

Since the operation, the US and its European allies have imposed unprecedented sanctions on Russia and supplied large cache of advanced weapons into Ukraine to help its military to fend off Russian troops, despite the Kremlin’s repeated warnings that such provocative measures will only prolong the war.

In the same month that Russia began its operation in the ex-Soviet republic, NASA announced its plan to keep operating the ISS until the end of 2030, after which the Earth’s largest artificial satellite would be de-orbited and crashed into a remote part of the Pacific Ocean.

According to the US space agency, after dismantling the ISS, commercially-operated space platforms will replace it as a venue for collaboration and scientific research.

In recent months, Russian officials, including Borisov’s predecessor, made declarations that Russia was planning to pull out of the ISS, but the exact timing or whether even a final decision had been made continued to be shrouded in ambiguity. The stance on Tuesday was sharper.

Borisov told Putin about the decision during a working meeting between the pair. “I think that by this time we will begin to form the Russian orbital station,” Borisov said. “Fine,” Putin approved.

Robyn Gatens, director of the ISS for NASA, said that the US space agency had not received any official word from Roscosmos about the decision to leave.

“The Russians, just like us are thinking ahead to what’s next for them. As we are planning transition after 2030 to commercially operated space stations in low earth orbit, they have a similar plan,” he said.

And so they’re thinking about that transition as well. We haven’t received any official word from the partner as to the news today, so we’ll be talking more about their plan going forward.”

US State Department spokesperson Ned Price also reacted to the news, calling it “an unfortunate development given the critical scientific work performed at the ISS, the valuable professional collaboration our space agencies have had over the years, and especially in light of our renewed agreement on space-flight cooperation.”

The space complex, about as long as a football field, is a collaboration between the US, Russia, Japan, Canada and the European Space Agency (ESA) and it is divided into two sections, namely the Russian Orbital Segment and the US Orbital Segment.

Launched in November 1998, the ISS typically has a crew of seven, who spend months at a time aboard the station as it revolves about 408 kilometers from Earth. Currently, three Russians, three Americans and one Italian are on board.

‘He’s not us; we’re not him’ – say Atlanta Muslim leaders on Orlando shooter

US military considers expanded use of cyber, space weapons against ISIL 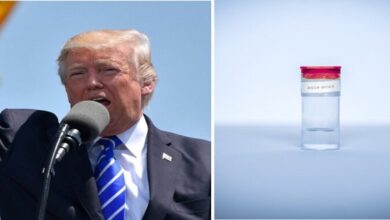