The United Nations has called for the seizure of all oil tanker trucks leaving territories controlled by Takfiri militants in Iraq and Syria to cut off the terrorists’ income from crude sales.

A UN report, prepared by the world body’s al-Qaeda Monitoring Team, also proposed a sanction on flights taking off or landing in territories that the ISIL terror group and its allies have captured in an attempt to stop them from moving assets and arms.

According to the report, ISIL earns an estimated USD 850,000 to USD 1.65 million per day from oil sales via private middlemen who operate a fleet of trucks through smuggling routes.

The UN Security Council is due to discuss the report on Wednesday at a meeting called to follow up on a resolution aimed at choking off financing to ISIL militants and the al-Qaeda-linked al-Nusra Front in Syria.

The 15-member council approved a resolution in August to cut off sources of financing and the flow of foreign militants to Iraq and Syria. It also threatened countries that trade in oil with the Takfiri terrorists with sanctions.

The eight-member team also proposed that the Security Council ask all member states bordering militant-controlled territories to “promptly seize all oil tanker-trucks and their loads that originate or seek entry into” those areas.

The ISIL’s major source of income is the oil it extracts in the areas it has seized. The International Energy Agency (IEA) said in its monthly report on October 14 that the oil output of the Takfiri group was less than 10,000 barrels per day.

The terrorist group reportedly pumped around 80,000 barrels per day over the summer. The oil is bought mainly by local traders and part of it is smuggled to Turkey. 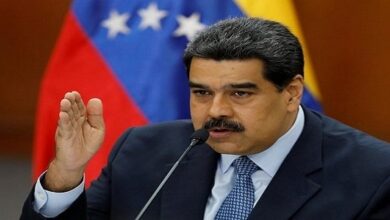