Saudi Arabia is reportedly trying to obtain atomic bombs as Iran and the west reach a deal over Tehranâ€™s nuclear energy program.

Abdullah al-Askar, the chairman of the foreign affairs committee in Saudi Arabia’s appointed Shoura Council, said he was worried after Iran and the five permanent members of the United Nations Security Council — the United States, China, Russia, France and Britain — plus Germany sealed the deal, Reuters reported on Sunday.

â€œI am afraid Iran will give up something on to get something else from the big powers in terms of regional politics. And I’m worrying about giving Iran more space or a freer hand in the region,â€ he said.

Askar said that if the deal did not succeed in preventing Iran from what he claimed as building a bomb, Saudi Arabia and other countries would seek one, too.

Earlier in November, citing NATO sources, British media reports said that Saudi Arabia has invested in Pakistanâ€™s nuclear weapons projects and believes it could obtain atomic bombs at will.

The reports said nuclear weapons made in Pakistan on behalf of Saudi Arabia are now sitting ready for delivery.

According to the reports, Riyadh has had the missile technology to deliver warheads since the late 1980s.

â€œThey will go to Pakistan and bring what they need to bring,” he said at a conference in Sweden in October.

On November 24, Iran and six major world powers sealed an interim six-month deal in Geneva after intense negotiations to pave the way for a full resolution of the dispute on the Islamic Republicâ€™s nuclear energy program. 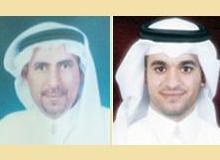 Saudi Arabia’s ruling family are their own greatest threat