Saudi security forces detained dozens of men, women and children on Tuesday after they staged a peaceful protest outside a human rights group’s office in Riyadh to demand the release of jailed relatives, activists said.

Protests are banned in the conservative kingdom. But relatives have occasionally gathered outside government offices in the world’s largest oil exporter to demand the release of prisoners which have been held for long periods without trial.

“They detained six children, 23 women and around 30 men,” Ali Alhattab, an activist told Reuters from the Saudi capital.

Saudi Arabia says the prisoners are all held on security grounds. Activists say some are also detained for purely political activity and have never been charged. An Interior Ministry spokesman did not immediately comment on Tuesday’s incident.

The government has claimed in the past that prisoners accused of “terrorism-related” charges were undergoing a fair judicial process any relatives who protest are stopped and dealt with according to legal procedures.

Last month the kingdom convicted and sentenced 15 Shia men to between three and 15 days in jail on charges of staging a sit-down demonstration outside a prison in September. The court also handed the men suspended sentences of between 50 and 90 lashes and suspended jail terms of between two and five months.

The incident was condemned by Human Rights Watch which said the Saudi Bureau of Investigation and Prosecution had charged a total of 19 men with ‘instigating chaos and sedition’ and ‘gathering illegally’.

“I believe that such actions worsen the situation. Intimidating and confronting the families will not make them back down on their requests for fair trials,” Alhattab said.

Saudi Arabia has not been yet overthrew like toppled four Arab heads of state since the start of last year but small demonstrations have taken place from time to time in the Eastern Province, where the Sunni Muslim kingdom’s Shi’ite minority live. Shi’ites complain of discrimination, which Saudi Arabia denies.

SAUDI WAHHABIS: WE TORTURE AND KILL EVERY ONE WHO HELP AND SUPPORT SHIA MUSLMS 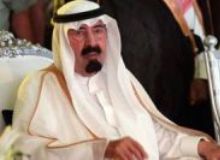 US-Saudi Relations Under Change, Their Heyday Has Gone