The panelâ€™s report also criticized the current and former administrations in Washington for doing far too little to make basic religious rights universal.

That is the goal of the congressional act that founded the U.S. Commission on International Religious Freedom in 1998. The commission investigates conditions in what it calls â€œhot spots,â€ where religious freedom is endangered. Its job is to recommend U.S. government policies to improve conditions.

It is a â€œsmall but critically important point of intersection of foreign policy, national security and international religious freedom standards,â€ the report said. â€œRegrettably that small point seems to shrink year-after-year for the White House and he State Department.â€

U.S. actions currently in force against the original eight include embargoes, often on top of existing sanctions, and denial of military or financial aid. Sanctions have been waived indefinitely for Saudi Arabia, and Uzbekistan has a waiver of 180 days which remains in force.

President Barack Obamaâ€™s administration has not officially accepted the 2009 findings or named the specified countries as violators of religious rights. Neither did the administration of President George W. Bush between November 2006 and January 2009.

â€œIn China, the government continues to engage in systematic and egregious violations of the freedom of religion or belief,â€ the report said. It alleged â€œa marked deterioration in the past year, particularly in Tibetan Buddhist and Uighur Muslim areas.â€

He said the report offers important foreign policy solutions that should be implemented. â€œThe reportâ€™s conclusion is clear,â€ Leo said: â€œthe administration must do more.â€ 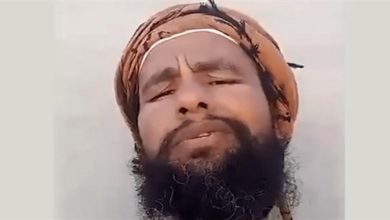