In an official statement on Monday, the state-run television said Saudi Arabia predicted a budget deficit of $50 billion next year, for the seventh year in a row, up $15 billion on this year.

The statement came shortly after a cabinet meeting, chaired by King Salman bin Abdulaziz Al Saud, announced that Riyadh would also cut spending for 2020 in a rare belt-tightening measure.

The meeting also predicted spending for next year to be $272 billion, lower by 7.8 percent on this year’s estimates while revenues were predicted to be $222 billion, also down by 14.6 percent.

Saudi Arabia gains two-thirds of its public revenue from oil income. It has also committed to larger production reductions to support prices.

During the cabinet meeting, King Salman said Riyadh is resolute to continue to diversify sources of income for the Arab kingdom and sway his country away from reliance on oil.

The statement on Monday echoed what Riyadh announced in early November, when Saudi Finance Minister Mohammed al-Jadaan said the budget deficit was expected to widen to $49.8 billion in 2020 from a predicted 35 billion in the closing year as lower oil prices hit revenues.

This means that the Arab kingdom’s budget deficit next year will increase to 6.5 percent of its gross domestic product (GDP) from a predicted 4.7 percent of GDP this year.

Since 2014, when oil prices crashed, Riyadh has posted a budget deficit each year. 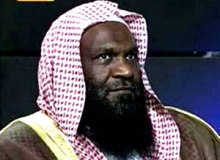