Israeli regime has attacked some 1500 Palestinian protesters with tear gas as hundreds of them gathered to protest a new wave of building demolitions in the village of Barta’a.

Luba Samri, the Israeli police spokeswoman said â€œSome of them (protesters) threw stones at police and blocked the main road for a time. Police dispersed them with tear gas and made two arrests,” she added.

Israeli army has started a new wave of demolitions, attacking buildings which they say were built without permits.

On Wednesday 12th June, Israeli bulldozers demolished two homes, a barracks and a room under construction and announced it a closed military area.

Ahmed Omar Qabha, the owner of the two houses, said that forces from the Israeli Army raided the village, announced it a closed military area and started demolishing the houses totaling 170 square meters, which reside 7 members.

Since 2005 Israel has restricted issuing construction permits to Palestinians in the village, sometimes giving no license at all for a whole year.

Despite increase in the population, villagers have to use older buildings and sometimes 2 or 3 families share a house.
Israeli army sometimes gives only 15 minutes to the residents to leave a building before destroying it.

Israeli bulldozers have demolished 11 commercial facilities during May, including a laundry and a car wash facility and handed demolition notices to eight other owners under the pretext their shops were built without a license.

Barta’a has been constantly losing its lands and resources to the Israeli occupation since 1948.

70 % of its original lands were lost in 1948 while hundreds of its residents were dismissed eastward in the West Bank and started a new village under the name of Barta’a al-Sharqiyeh. 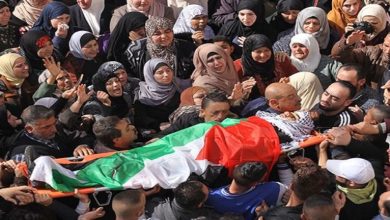