The United Nations Human Rights Council (UNHRC) has called for an international investigation into the suspicious death of a Palestinian prisoner who died while in Israelâ€™s custody. On Wednesday, Richard Falk, who is the UNHRC Special Rapporteur on the situation of human rights in the Palestinian territories occupied since 1967, called for a probe into the death of Arafat Jaradat. Arafat Jaradat, who was arrested on February 18 on suspicion of involvement in hurling stones at Israeli troopers, died on February 23 in Israelâ€™s Magiddo prison. The Tel Aviv regime claims that Jaradat died of cardiac arrest, but Palestinians deny the claim. The UN rapporteur, who is a professor of international law at Princeton University, also stated that an inquiry was needed as Israeli prison authorities had on numerous occasions abused the rights of prisoners. â€œThe death of a prisoner during interrogation is always a cause for concern, but in this case, when Israel has shown a pattern and practice of prisoner abuse, the need for outside, credible investigation is more urgent than ever,â€ Falk said in a statement. On February 26, the UN Middle East envoy, Robert Serry, also called for an independent probe into the death of Jaradat. The Palestinian Authorityâ€™s Minister for Prisonersâ€™ Affairs Issa Qaraqea revealed on February 24 that the 30-year-old Palestinian had been tortured before he died in custody. More than 4,500 Palestinian prisoners are held in Israeli prisons, many of them without charge or trial. Four prisoners — Ayman Sharawneh, Samer al-Issawi, Jaafar Ezzedine, and Tareq Qaaâ€™dan — have been on hunger strike for months. 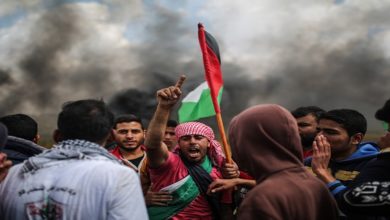