The Majlis Wahdat-i-Muslimeen (MWM) Pakistan condemned the reported meeting between Sindh Governor Dr Ishratul Ibad and leaders of the outlawed Sipah-e-Sahaba Ahmed Ludhanvi and him companions.

In a statement issued on Thursday, MWMP leaders expressed their dismay over the meeting, reportedly held on Wednesday, and urged President Asif Ali Zardari, Prime Minister Yousuf Raza Gilani and Muttahida Qaumi Movement chief Altaf Hussain to seek an explanation from the governor for his meeting with representatives of a group declared a terrorist outfit.

The MWM leaders, including Maulana Mukhtar Imami, Maulana Sadiq Raza Naqvi, Maulana Munawwar Ali Naqvi, Maulana Ali Anwar Jafri and Ali Ousat, said that the governor`s act of receiving the delegation of the proscribed terrorist outfit (Sipah-e-Sahaba) had not only hurt the feelings of the entire Shia community but also disappointed the Barelvi sect.

The leaders said that the Govenor Sindh has violated the law and constitution of the country by holding the meeting with the Chief of outlawed terrorist outfit Sipah-e-Sahaba involved in the killing of thousands of Shia and Barelvi Muslims.

They termed that the meeting with the chief of terrorists outfit was not matched with the respectable slot of Governor and demanding of the authorities to take action against the Governor Sindh links with terrorists organization.

A handout issued from the Governor`s House and posted on its official website stated that a delegation of ulema including outlawed SSP terrorist outfit Chief Ahmed Ludhyanvi, Mufti Naeem and Maulana Asad Thanvi called on Governor Dr Ibad at the Governor`s House on Wednesday.

It said that the governor in the meeting emphasised the need for indiscriminate action against miscreants, terrorists and those involved in crimes. He told the delegation that the heirs of the victims of terrorism should be provided justice, the press release added. 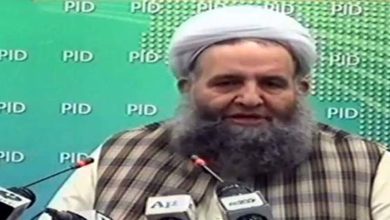 Pakistan minister slams US for anti humanity sanctions on Iran 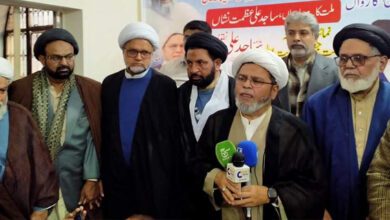 Sole aim of conspiracies of colonial powers is to deprive Pakistan of atomic bomb, Allama Maisami