The Senate Standing Committee on Cabinet Secretariat will include a briefing of the expenditure incurred during the visit the of Saudi Crown Prince Mohammed bin Salman to Pakistan in February, as per the meeting agenda shared on Saturday.

The meeting is scheduled for March 21, as per the agenda issued by the secretary of the committee on Mar 15. It said the meeting will also include a briefing of the vehicles that were employed for the crown prince’s ─ known as MBS for short ─ protocol.
On Feb 17, MBS arrived at the Nur Khan Air Base in Rawalpindi, amid heightened security and arrangements in the twin cities of Islamabad and Rawalpindi.
The visit had also garnered interest for the entourage and equipment accompanying the heir. The twin cities were decked out in images of the Saudi royal family and banners welcoming the crown prince. A high-powered delegation comprising key ministers and some prominent businessmen, besides members of the royal family, had also arrived with the crown prince for his two-day visit.
Among the preparations, seven BMW 7 Series luxury sedans and one Land Cruiser flown in two C-130 aircraft. MBS’s personal belongings, including furniture and gym equipment, flown in and transported to PM House in eight containers. 750 rooms were booked in eight Islamabad hotels for the visiting delegation, and advance bookings were cancelled.
The senate committee scheduled for Mar 21, will also include a briefing on details on a recent auction of vehicles in PM House.
On Sept 17, 61 of the 102 luxury and surplus vehicles parked on the lawns of PM House were auctioned off as part of Prime Minister Khan’s austerity drive. 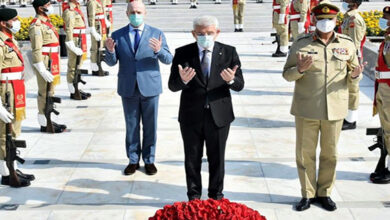 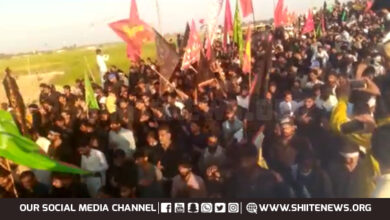