Minister of State for Information, Broadcasting and National Heritage Marriyum Aurangzeb has said that Pakistan and Iran shared common values, faith and culture, while their people had also great love and respect for each other.

She said this while addressing as chief guest at Iranian Music Festival on the occasion of the 38th anniversary of the victory of Islamic Republic of Iran at Pakistan National Council of the Arts (PNCA) yesterday.
Congratulating Iran on the 38th anniversary, the minister said it was a matter of delight to witness the people of two countries talking in the language of music and love through these exchanges. “These are the times when countries around the globe are talking in terms of strengthening national heritage, music, artists, production and broadcasting,” she said.
Marriyum Aurangzeb said when the Speaker of National Assembly of Pakistan formed Parliamentary friendship groups, Iran was one of the countries where maximum number of Pakistani Parliamentarians registered for the friendship group.
“That shows the deep love and interest of Pakistani Parliamentarians for Iran,” she remarked.
She said Pakistan’s national poet Allama Mohammad Iqbal was equally recognized and acknowledged by the people of Iran. She said the Iranian government had helped Pakistan extensively to develop and establish counter-terrorism intervention that had been helpful in their own country.
She said that the government was according top priority to production, broadcasting and cultural promotion. “Prime Minister Nawaz Sharif has directed to make a policy for the first time in the history to incentivize the production, broadcasting and cultural industry in Pakistan and give top priority to these areas.”
She said that she had a meeting with Iranian Ambassador in Pakistan Mehdi Honardoust last week and discussed avenues where both the countries could have intervention and extensive programmes and exchanges through productions, arts and cultural festival which could bring the people of two countries further closer.
She said the leadership of both the countries had already signed several Memorandums of Understandings (MoUs) in various areas of mutual interest during the visit of Iranian President Dr Hassan Rouhani in March 2016.
“In my meeting with the Iranian Ambassador, we had discussed to initiate exchange programmes for artists, youth and professionals. We also discussed how we can communicate to the youth of both the countries about our important strategic friendship,” she said.
The minister said the government believed in result-oriented partnership with Iran in the field of production and broadcast exchanges. She said she had also discussed with Iranian Ambassador the training of artists and film producers.
“The artists and film producers of the two countries can capitalize from each other’s expertise and come up with the products that would be of great benefit for the people of both countries.”
The minister said that the PNCA was starting youth clubs programmes from next month and it would be a great opportunity for Pakistani youth to showcase and augment their skills and expertise in performing arts.
Iranian Ambassador, Cultural Counselor of Iranian Embassy Shahaboddin Daraei and Director General PNCA Syed Jamal Shah also spoke on the occasion. 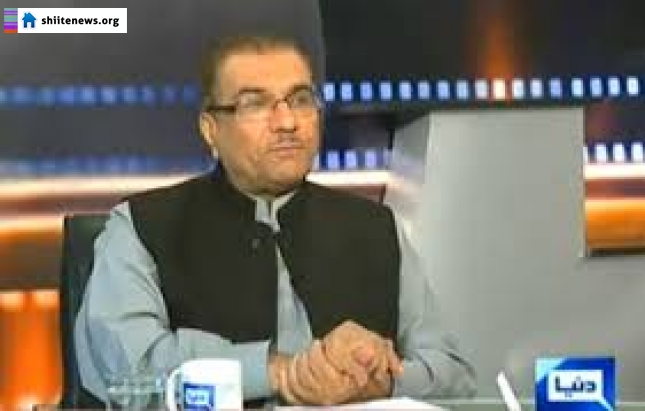