Chief of Sunni Tehrik, Sarwat Aijaz Qadri, has criticized the Saudi monarchy and Saudi clerics for their anti-Islam policies and fatwas respectively.
In an interview, he said, that Saudi Arabiaâ€™s undemocratic and non-representative government and Saudi clerics have to redeem their policies.

â€œSaudi regime must realize that Saudis cannot impose their ideology and cannot advance their influence on the Muslim world. Even U.S.â€™s support to them cannot make them acceptable,â€ he said.

He said that Saudi muftis have opened a shop of fatwas from where they sell religious decrees. He advised them to shut the shop of fatwas forthwith. Muslim world knows well how to act and how to live a respectful life. He condemned the sex jihad fatwa.

He said that OIC too failed to back Muslim world because of U.S. puppets in it mainly the Saudis. He condemned the plans for war on Syria and Saudiâ€™s support to the plans. 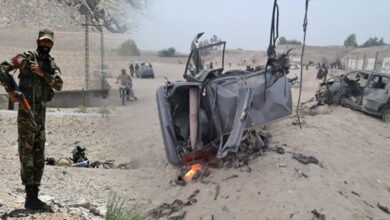