Pakistan Muslim League-Nawaz has formed an anti-Shia electoral alliance with the banned takfiri terrorist group Sipah-e-Sahaba/Lashkar-e-Jhangvi, it is learnt.

Banned Sipah-e-Sahaba has been renamed as Ahl-e-Sunnat wal Jamaat (ASWJ). The party has poisoned the mindsets of illiterate and less literate people of Punjab, particularly in South Punjab. Its influence on the illiterate supporters forced the PML-Nâ€™s think tank to strike a deal with it over seat adjustments.

The alliance is sort of seat adjustments on 12 constituencies of National Assembly from Punjab province.

They agreed to back each othersâ€™ nominees in the forthcoming elections from 12 constituencies. The takfiri group will support PMLN on NA-89, NA-156, NA-177, NA-184, NA-186, NA-187 and NA-188. In reciprocation, PMLN has assured the banned takfiri nasbi terrorist group of their support on five constituencies. 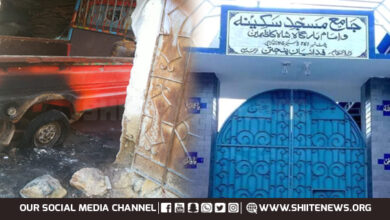