An anti-terrorism court in Peshawar on Saturday ordered the transfer of two sedition cases registered against chief of the banned Tehreek-e-Nifaz-e-Shariat-e-Muhammadi (TNSM) Maulana Sufi Muhammad to a sessions court in Mingora area of Swat.

The court which has been hearing the cases inside Central Prison Peshawar announced its reserved judgment and accepted the applications of Sufi Muhammad who wanted his cases to be transferred to a regular court.

“We have given applications under section 23 of the Anti Terrorism Act to transfer the cases to a regular court which was accepted by the ATC today. The cases would now be heard in session court in Swat” Adil Majeed, counsel of Sufi Muhammad informed the media.

Majeed said there were a total of 13 cases against Sufi Muhammad in which he was acquitted in 10 cases while three are still pending. The court had already transferred one case related to the attack on Kabal Police Station to a regular court.

On February 7, Sufi Muhammad , father in-law of notorious terrorist Outfit Taliban Pakistan chief Mullah Fazalullah aka Mullah Radio, was indicted in sedition case by an ATC and charges were framed against him in anti-government speech delivered in Rest House ground Timergara, Lower Dir, in 2009.

Sufi Muhammad was charged for gathering members of proscribed organisation and delivering a hate speech calling the democratic government as ‘un-Islamic’.

The FIR was registered under sections 153-A of Pakistan Penal Code and 11-F3 of Anti Terrorism Act.

Out of the three pending cases against the accused, the ATC has transferred one case related to the attack on a police station in Kabal.

On December 17, the court dismissed an application for the acquittal of Sufi Muhammad and his accomplices in Kabal police station attack case. The hearing of this case was adjourned to February 14.

On October 7, 2013, the court acquitted Sufi Muhammad in one sedition case. The ATC judge Shoaib Khan acquitted the chief of TNSM after the prosecutor was unable to produce suitable evidences before the court which could show the involvement in the case in which they were arrested from the Malakand division.

Sufi Muhammad was arrested in 13 different crimes and some proceedings were held in Timergara. But due to security reasons in Malakand and particularly in Swat he was shifted to the Peshawar Central Prison and a camp court was setup where his proceedings are held. 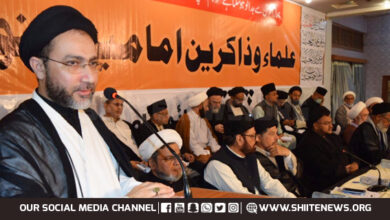