Punjab Governor Chaudhry Mohammad Sarwar said during a press briefing at the Pakistan Hindu Council (PHC) head office in Clifton Karachi on Thursday that those misusing the blasphemy law should be tried according to the law, otherwise the number of such cases will increase in the country.

Punjab is the province where PMLN government tilts to takfiri fanatic groups such as banned ASWJ, mother organisation of notorious takfiri Genocider Lashkar-e-Jhangvi. These groups are called takfiris because they don’t recognise other Muslims as Muslims and blame them for blasphemy, let alone Hindus and Christians. Mr. Sarwar is friend of the rulers but he should not forget that his friends, Prime Minister of Pakistan Nawaz Sharif and Chief Minister Punjab Shahbaz Sharif themselves encouraging takfiris who misuse blasphemy laws.

The participants, including senior members of the Hindu community, in the meeting discussed growing discontent in the minority communities of Pakistan. Speaking specifically about Sindh, patron-in-chief of the PHC Dr Ramesh Kumar Vankwani said that cases of forced conversions in the province were growing.
Without giving any specific number of such cases, he added that the real issue was to accept the fact that forced conversion was a problem.

“These cases are not just limited to the Hindu community. For instance, we rescued a Christian girl today in Khayaban-i-Bukhari. She was abducted on Oct 4 and abused. The provincial and federal governments need to get serious about resolving these issues,” he said.

The press briefing came after a recent case of alleged forced conversion of Anjali Kumari Meghwar appeared in the news. The girl has been sent to a shelter home in Karachi while her parents have filed a petition in the high court pursuing her medical examination to ascertain her real age.

Governor Sarwar spoke about the continuing violence against non-Muslim minorities in the country. “It feels embarrassing, especially when one is out of the country. Outsiders think that this is all we do. And I must admit that it is the failure of the judicial system to convict such people that it has been going on for such a long time,” he said.

He was also quick to add that the Punjab chief minister was concerned about the rise in violence against minorities and was willing to offer support to families of victims.

Apart from non-Muslims, takfiri terrorists misuse blasphemy laws against Shia Muslims and Sunni Bralevis. Many such cases have been recorded and a Shia Muslim was axed to death during custody by a takfiri police cop who applied blasphemy laws to avoid accountability. 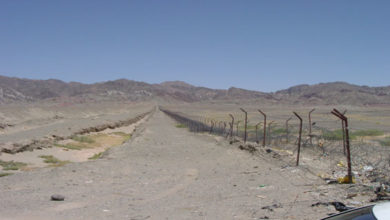 5 terrorists killed in counterterrorism operations near Iran border and Khuzdar