Two distinguished scholars were going to Iraq for pilgrimage of sacred shrine of Imam Hussain on Arbaeen.

As per Shia Islamic belief, such victims of mishaps and accidents too enjoy the status of martyr.

As many as 27 people including 10 soldiers had died in that road accident.

Reports had it  that the passenger bus, moving from Skardu to Rawalpindi, hit a rock and skidded off into a ravine. But, Police claimed that the bus crashed into a mountain. The area remains almost three hours away from Naran and Chilas

Although ordinarily a panoramic viewpoint for tourists visiting the Kaghan Valley, not the first time Babusar Top made headlines.

In 2012, notorious terrorists pulled 22 Shia Muslims out of a passenger bus. Then they shot them dead.

However, the Babusar Top remains under use for travel from Naran to Gilgit or Skardu since  considered a shorter and more pleasant route than the Karakoram Highway route from Besham. 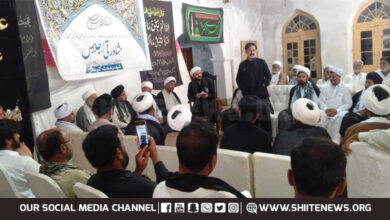