With the New Year just around the corner, hundreds of displaced Syrian Christians are getting ready for a far-from-joyful Christmas.

Now with the conflict showing no sign of abating, for many what should be a happy holiday season is instead a painful reminder of all that has been lost.
Over a million of Syria’s population are Christians and nearly half of them have been already displaced in the Arab country.
After fleeing the assault, the Syrian Christians are now finding shelter in dire conditions in different places, particularly in the capital Damascus.
During a church procession, the Greek Catholic Patriarch handed out gifts to displaced families mainly from Ma’loula — a small town overrun by al-Qaeda-linked militants fighting against the government of President Bashar al-Assad in September.
According to the United Nations, more than 100,000 people have been killed and millions displaced due to the turmoil that has gripped Syria since March 2011.
The UN also says more than four million other Syrians will be forced out of their homes in 2014 by the escalating conflict in the country. Two million Syrians are expected to take refuge outside the country while another 2.25 million are predicted to be internally displaced next year.
Earlier this month, the Syrian president said his country is being confronted by a major offensive led by Takfiri extremists.
“This is terrorism without limits, an international scourge that could strike anywhere and anytime,” Assad said.
The president also slammed Western countries, who “behave with duplicity and act according to their selfish interests, without understanding the reality or nature” of the Syrian conflict. 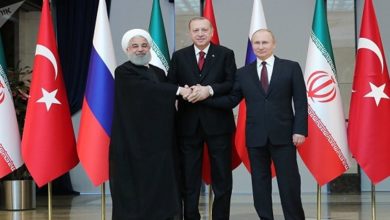 Russia, Iran, Turkey are “clearly determined” to continue their fight against terrorism in Syria 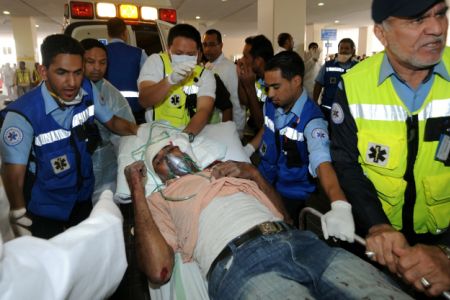