President of the Republic, General Michel Aoun, on Wednesday welcomed at Baabda Presidential Palace UN Secretary-General’s special envoy to Syria, Geir Pedersen, who visited him with an accompanying delegation.

Talks between the pair touched on the repercussions of the Syrian war on Lebanon, especially the issue of Syrian refugees.

“Lebanon can no longer bear the consequences of the Syrian influx at the social and economic levels alike,” the President told Pedersen.

“We must work seriously to take refugees back to safe zones in Syria (…) If involved countries allocate 10 percent of the cost of the Syrian war to resolve the refugee issue, it would help resolve their humanitarian crisis and spare the world more crises,” Aoun said.

He renewed calls on the United Nations and donor countries to provide assistance to Syrians returning to their country, especially as there were areas in Syria that have not been destroyed.

“More than 172,000 Syrians have returned from Lebanon, and we have not received any report indicating that they have been subjected to harassment or inhumane practices,” Aoun added.

For his part, Pedersen commended Lebanon’s “achievements and contributions to peace”.

He expressed the gratitude of the United Nations for the assistance provided by Lebanon to Syrian refugees.

“One of the tasks entrusted to me is working towards a political solution to the conflict in Syria,” he explained.

Pedersen briefed Aoun on the contacts he had made with Syrian officials in Damascus and the Syrian opposition in Riyadh, hoping to achieve positive results that restore security and stability to Syria.

“The United Nations supports Lebanon in all areas to face the current challenges,” he concluded.

Moussawi to March 14: Gaza Triumphed by Weapons You Bid to Seize 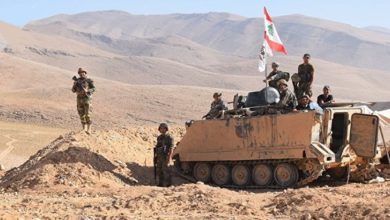 Lebanese Troops Stand by in Face of Israeli Border Incursion

Majed must be tried in Lebanon: Families of victims