Ihab Hamade, member of Hezbollah’s Loyalty to Resistance parliamentary bloc, was representing Lebanon, along with other MP, at the conference. The two Lebanese MPs confronted Saudi and UAE attempts to make changes on the final statement of the conference, Lebanese newspaper, Al-Akhbar reported.

Al-Akhbar added meanwhile, that both Saudi and UAE demanded that the final statement cancel the paragraph that calls for preserving the nuclear deal between Iran and world powers, as well as the paragraph that condemns US sanctions against the Islamic Republic.

According to the daily all the Saudi and UAE demands were not met, adding that Hezbollah MP Hamade voiced the Lebanese delegation’s opposition to such demands.

The discussion then devolved into heated argument when Speaker of Saudi Shura Council Abdullah Al Sheikh t addressed Hamade as saying: “Are you Lebanon’s representative or Iran’s?”

The Saudi speaker’s question prompted Hamade to respond as saying: “Why are you here? You have no elected parliament at your county. You are the imported one, while we are real Arabs who preserved the dignity of Muslims and Arabs.”

The Lebanese delegation then walked out of the session, Al-Akhbar reported. 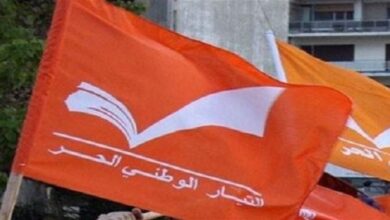 When It Comes to Saudi, Lebanon Can Never Commit to “Dissociation Policy”!

‘Resistance inclusion in policy statement a matter of principle’