Lebanon is set to lodge another complaint against Israel at the United Nations Security Council, after the Zionist airstrikes launched by Israeli military aircraft targeting Syria threatened civilian airliners flying over the Lebanese airspace.

A statement, released by Lebanon’s Foreign Ministry, denounced Israel’s use of Lebanese airspace to launch attacks against “friendly countries” – in reference to Syria.
The aerial assaults had put at risk the lives of hundreds of civilians, who were on board passenger planes flying over Lebanon at the time of the attack, Caretaker Lebanese Transportation Minister Youssef Fenianos said.
Foreign Ministry called on the UN and the international community to denounce the aggression.
Lebanon’s Caretaker Foreign Minister Gebran Bassil also instructed Lebanese Ambassador to the UN Amal Mudallali to lodge a complaint against Israel at the Security Council.
Russian officials said on Wednesday that Israeli airstrikes on Tuesday night had threatened two airliners that were preparing to land in Damascus and Beirut.
“The provocative actions of the Israeli air force … directly threatened two airliners,” Russian Foreign Ministry spokesman Igor Konashenkov said in a statement.
He added that Israel had launched the raid at the time when two civilian airliners were preparing to land, creating a “direct threat” to the aircraft.
Konashenkov highlighted that the Syrian military didn’t fully engage its air defense systems in a bid to avoid hitting the passenger jets accidentally. He added that Syrian air traffic controllers had redirected the Damascus-bound plane to the Russian-operated Hemeimeem air base in Syria’s western coastal province of Leticia.
Russia’s Defense Ministry announced in a statement that Syria’s air defense missile systems had successfully downed 14 of 16 guided missiles fired during the air raid, adding that six Israeli F-16 jets had taken part in the operation. 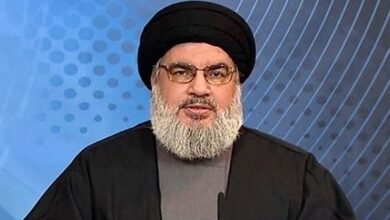 Nasrallah to Suleimani: We Will Pray in Al-Quds, We are Preparing for That Day! 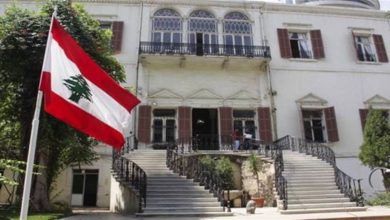