The secretary general of the Lebanese Hezbollah resistance movement says the US and Israel have failed in all the plots they hatched to advance their own agenda for the Middle East region.

Sayyed Hassan Nasrallah said on Wednesday that the US and its allies attempted to destabilize regional countries, including Yemen, Syria, Iraq and Lebanon to cleanse the Middle East of Shia Muslims.

They created Takfiri terror groups to massacre Shia Muslims in different countries as part of a campaign of “genocide” against Shia Muslims, Nasrallah said.

The Hezbollah leader further pointed to the Saudi regime’s US-backed war against Yemen as another example of attempts aimed at Shia Muslims.

The Saudis unsuccessfully sought to introduce the Yemen campaign as a war between Shia and Sunni Muslims, said Nasrallah, adding, however, that the offensive faced defeat and failed to achieve its goals.

Nasrallah referred to Israel’s 33-day military onslaught against Lebanon in 2006, in which the Hezbollah resistance movement inflicted heavy losses on the regime’s military.

He further touched on the Western-backed militancy gripping Syria since 2011, which also failed to fulfill the goal of toppling the government of President Bashar al-Assad – thanks to the support of Hezbollah, Iran and Russia for the Arab nation.

Having suffered defeat in all their plots, the US, Israel and their vassal states – particularly Saudi Arabia – are now seeking to take the war to Iran by putting sanctions and economic pressure on the Islamic Republic.

He was pointing to Washington’s hostile policies against Iran, which have intensified under President Donald Trump.

Back in May, Trump pulled his country out of the 2015 nuclear deal and re-imposed the anti-Iran sanctions which were lifted under the agreement.

Expect for the regime in Riyadh and Tel Aviv, the entire international community condemned Trump’s actions. 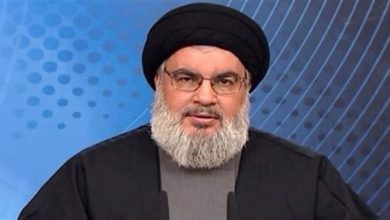