The Lebanese parliament has once again delayed a vote on electing a new president, resulting in the continuation of the presidential power vacuum that has hit the country.

“Due to a lack of quorum because of the presence of 68 representatives (of 128), parliament chief Nabih Berry set a date of June 18 for a new session to elect the new head of state,” Berri’s office said on Monday.
In order to have a vote, a quorum of two-thirds of parliament must attend the session. However, due to persistent disagreements, members decline to show up to prevent a vote from being held.
The latest failure was the sixth time that the Lebanese parliament could not succeed in holding the vote to find a successor to former President Michel Sleiman, who left office at the end of his mandate on May 25.
Since Sleiman’s departure, the national unity government has been administering the country until a new president is selected.
The deadlock in Lebanon is linked to the political polarization between the March 14 alliance, led by the pro-Saudi figure Saad Hariri, on the one side, and the March 8 alliance, on the other.
In Lebanon’s power-sharing system, the president must be a Christian, the prime minister a Sunni Muslim and the parliament speaker a Shia Muslim. Any presidential candidate would have to receive the backing of the two main political blocs, the March 8 alliance and the rival March 14 alliance, to win the necessary majority from the legislature’s 128 members.
Last month, the United Nations Security Council expressed concern over the failure of the Lebanese parliament to elect a new president. 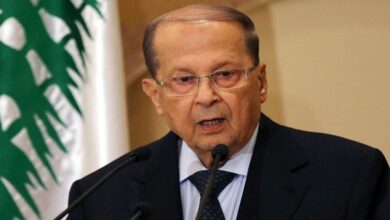 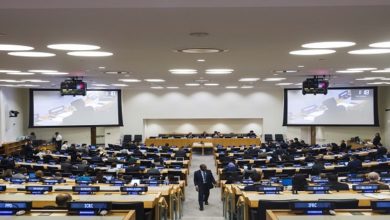