Hezbollah Secretary General Sayyed Hasan Nasrallah stressed that the presidential elections in Syria announced the failure of the international war against it and that any political solution must be attained with President Bashar Assad.

Sayyed Nasrallah, who was speaking during the memorial service of the head of Islamic Association for Education and Teaching, Sheikh Mostafa Qassir, emphasized that the Syrian government withstood in face of the Western pressures and insisted on carrying out the presidential elections.

“The Syrians challenged the American and the Western pressures through their historical turnout,” Sayyed Nasrallah added, “Instead of exerting these pressures which aimed at confiscating the Syrians’ will, the US and the West must have allowed the Syrian expatriates to vote at the Syrian embassies in the their countries.”

“In some countries, takfiri fatwas were issued to prevent the Syrian from participating in the elections.”

The farce was that head of the opposing Syrian coalition insolently threatened the Syrians of detonating car bombs during the elections, yet they rejected his warnings and participated heavily in the vote.

– The millions of the Syrian voters have preserved their country’s integrity and permanence.

– The Syrian government is still able to manage the citizens affairs.

– The Syrians can determine their destiny, regardless of all the foreign wills.

– The battle is not between the Syrians and the regime. This popular turnout represents a major victory for Syria leadership.

– Who wants to reach a political solution in Syria must not ignore the results of the presidential elections.

Sayyed Nasrallah blasted those who labeled the Syrian vote as a farce and those who issue statements of insults to comment on the vote’s results, saying that this shows their political failure.

His eminence considered that the political solution must be based on considering the results of the presidential elections and halting the military support to the militant groups.

“Blacklisting the terrorist groups is insufficient. Military support must be stopped,” he pointed out, “Some regional countries blacklisted the militant groups in Syria yet kept supporting them financially and logistically.”

Sayyed Nasrallah called on the terrorist groups in Syria to acknowledge their defeat as their military options are restricted and the horizons of their war are blocked.

Sayyed Nasrallah called on all the Lebanese political parties to exert their efforts in order to elect a new president, away from the foreign wills and interventions.

Sayyed Hasan Nasrallah addressed March 14 team, “Since you accuse the Shiite duo of seeking presidential void in order to reach the tripartite power-sharing, you can deactivate the plan by electing a new president.

“Though we denied this baseless accusation, March 14 team insists on it, knowing that the French were the first party to raise this issue in Tehran.”

“We have never thought of tripartite power-sharing, and we have never demanded it or sought to achieve it,” his eminence asserted.

Sayyed Nasrallah also said that the Lebanese must not wait for the Iranian-Saudi negotiations to settle their stances regarding the presidential elections.

“The Iranians do not impose on their allies the political options because they respect them,” he added, “The Saudis are preoccupied with other regional files and have reiterated that they will not intervene in the Lebanese presidential elections.”

Sayyed Nasrallah concluded that the Lebanese themselves must conduct the presidential elections.

“In addition to the international will to pacify the situation in Lebanon, all the Lebanese parties are concerned with preserving the country’s security and stability by mainly pacifying the political rhetoric and freeing it from the tone of sectarian incitement.”

Sayyed Nasrallah also stressed the importance of enhancing the governmental plans to settle the security conditions in the country.

Sayyed Nasrallah called on the parliament to pass the law which pertains the new salary scale in order to grant the teachers and the employees their rights. 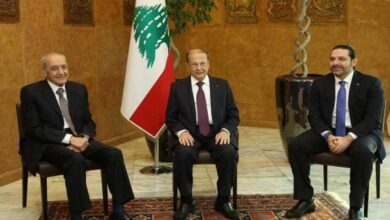 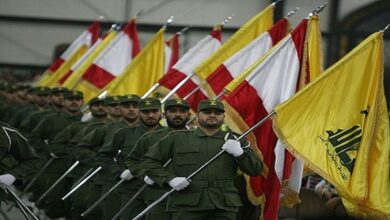