Lebanese Prime Minister Saad al-Hariri says his party has lost a third of seats in the Sunday parliamentary elections, winning only 21 seats, down from the 33 it had been holding since the last time Lebanon elected a parliament in 2009.

Hariri made the announcement in a televised statement on Monday, saying that despite gains in Sidon, Tripoli, Beirut and Western Bekaa Valley, the Future Movement had only won 21 out of 128 parliamentary seats.

The election results, however, still make Hariri the frontrunner to form the next government as the Sunni leader with the biggest bloc in parliament.

The Lebanese premier said he extended his hand to all political factions in order to fulfill the wishes of the Lebanese people who “voted for security and stability of Lebanon.”

“I extend my hand to every Lebanese to participate in shoring up securing political stability and to improve the lives of all the Lebanese,” Hariri noted.

The prime minister also said that the international community should look at the results of Lebanon’s election in a “very positive way.”

Lebanon’s first parliamentary vote in nine years was held on Sunday, with over 500 candidates vying for seats. Turnout was 49.2 percent, according to officials.

Unofficial results from Lebanon’s parliamentary elections show that the Hezbollah resistance movement and its political allies secured over half the seats.

Hezbollah as well as groups and individuals affiliated to it have won at least 67 seats in Lebanon’s parliament, according to the results cited by politicians and campaigns and reported in Lebanese media.

The parliamentary seats are split evenly – 64 for Christians and 64 for Muslims, including Druze, with the two halves further divided among 11 religious groups.

An anti-Hezbollah alliance led by Hariri and supported by Saudi Arabia won a majority in the Lebanese parliament in 2009, but it has since disintegrated. 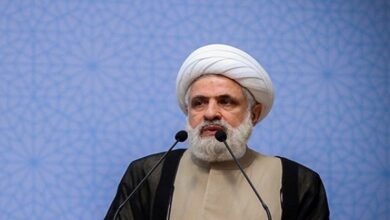