Sayyed Hassan Nasrallah says the US offered money to Hezbollah to forgo resistance following the failure of several attempts to destroy the resistance movement.

Nasrallah said Sunday the United States, Israel and their regional allies have been conspiring against the resistance movement since the 2000 liberation of southern Lebanon from the Israeli occupation.

The Hezbollah chief made the remarks during an electoral rally in the town of Nabatiyeh, calling for a high turnout in Lebanon’s upcoming parliamentary elections scheduled to be held on May 6.

“Following the 2000 victory, the Israeli enemy, along with the US, had realized that Lebanon’s real power lies within its resistance, which has managed to force the Israeli occupation out of Lebanon without any condition,” he said.

Former US Vice President Dick Cheney assigned the US-Lebanese journalist George Nader to offer Hezbollah anything at that time in return for stopping resistance, Nasrallah said.

“We were offered money and to be part of the authority in Lebanon on condition that we cede resistance,” he said, noting that “My fault at that time was that I didn’t accept to take his paper, so that it would be a proof now.”

Nasrallah stressed that the US offer was repeated after the withdrawal of Syrian troops from Lebanon in 2005. The Hezbollah chief said some European countries also made such offers.

Nasrallah touched on other conspiracies against the resistance movement, including attempts to stir up a conflict between the Lebanese Army and Hezbollah.

He said that Washington, Tel Aviv and some Persian Gulf Arab states are still seeking to create such a rift, stressing that the Lebanese Army is the guarantor of the resistance.

The Hezbollah chief also said the main goal of the war on Syria is to undermine the resistance axis in the region.

Nasrallah further said the first challenge which faces people in southern Lebanon and western Bekaa is the Israeli enemy.

On Sunday, the United Nations Interim Force in Lebanon (UNIFIL) reported that Israel continues the construction of a controversial wall on the border with Lebanon.

UNIFIL spokesperson Andrea Tenenti confirmed that the Israeli troops were building a portion of the wall along the eastern section of Lebanon’s southern border.

Tenenti said Israel has continued construction of the controversial wall throughout February and March.

Lebanon’s Defense Minister Yaacoub Sarraf, in statement, “condemned” the wall and Israel’s violations of Lebanese airspace in recent days, calling on the international community to “stand by Lebanon to curb Israeli arrogance … which undermines [Lebanese] security and stability.”

Lebanon says the wall violates its sovereignty by passing through territory that belongs to the country but is located on the other side of a UN-designated Blue Line, which sets the limits for Israel’s 2000 withdrawal from southern Lebanon.

Israel waged two all-out wars against Lebanon in 2000 and 2006 but fell short of its military objectives in both cases in the face of strong resistance by Hezbollah and the Lebanese army.

Sayyed Fadlullah: Perpetrators of killing innocent people in churches, mosques and streets are sinful and should be punished 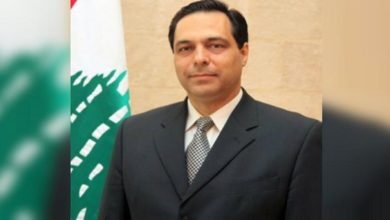