Hizbullah and Amal Movement leaderships in Bekaa accentuated the necessity of activating governmental action, and greeted the Palestinian resistance’s sole choice of defending themselves against “Israeli” arrogance.
In the periodic meeting held in Hizbullah’s Office in the Bekaa region, the leaderships stressed that the government should perform its duties to the Lebanese citizens to lessen livelihood burdens, especially with winter on the way.
Moreover, Hizbullah and Amal requested that the Baalbeck – Hermel Province hasten in assigning a mayor so that the area would develop into a substantial reality its people would live in.

On another note, the leaderships congratulated Lebanese and Muslims on the Hijri New Year (Islamic New Year), praying that the occasion would unite Lebanese people against “Israel”.
Also, they invited to a mass participation in the commemoration of Ashura so people would learn lessons of sacrifice, brotherhood, and resistance from Imam Hussein (as).

The attendants demanded all political and spiritual figures to overcome all sectarian and regional speech. They further acknowledged the resistance in Gaza and Palestine who emphasize that the resistance is the sole choice in face of “Israel”.
Moreover, Hizbullah and Amal accentuated the fateful bonding between all resistance movements and deterring forces to truly liberate Palestine and Palestinians.

“Those with Imam Husayn cannot accept submission and humiliation” 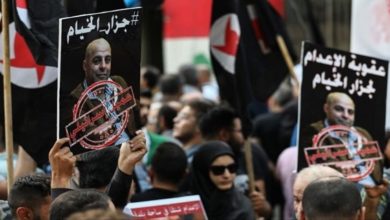