One month after Hezbollah Secretary General Sayyed Hasan Nasrallah set a new equation that would shape the next round of confrontation with Israel, the Zionist entity seems to be always perplexed and hesitantâ€¦ Indeed, Israeli local authorities are preparing a drill that would take the name of “Administrations’ Game.” The drill would take place in Israel’s Gush Dan, or the Tel Aviv Metropolitan Area, the region mentioned by the Resistance leader in his latest speech as the heart of the Zionist entity. Gush Dan extends from Netanya in the north to Ashdod in the south at a distance of 90km and from the Mediterranean in the west to Ariel in the east at a distance of 20km. The area is closely linked to the city of Tel Aviv through social, economic, and cultural ties. The Tel Aviv metropolitan area is the largest metropolitan area in Israel (1,500 km2) and consists an estimated population of over 2 million; more than 1/3 of the Israeli population. This metropolitan area is not equipped with enough shelters and underground emergency exits since it was considered to be an area far from rocket threats. In the past few years, Gush Dan cities witnessed inner migrations from volatile areas near the border with Lebanon. Gush Dan comprises 22 cities and towns: Tel Aviv, Bat Yam, Holon, Ramat HaSharon, Ramat Gan, Givâ€™atayim, Bnei Brak, Herziliya, Or Yehuda, Givâ€™at Shumuel, Kiryat Ono, Petah Tikya, Raâ€™anana, Rishon LeZion, Hod HaSharon, Kfar Sava, Yehud, Ramla, Lod, Rosh HaAyin, and Ness Ziona, Rehovot. Gush Dan is also Israel’s technological and industrial center where the Ben Gurion airport is located. According to Israeli daily Yedihot Ahronot, the heads of Israeli local authorities met with Israeli Deputy Defense Minister Matan Vilnai and representatives of the Internal Front. They discussed the problems that would be caused by the downfall of Hezbollah missiles in these cities. They also discussed the complicated situation that would be faced by the authorities in case of any confrontation, including problems in infrastructure, services and sanctuaries. The Israeli daily, meanwhile, noted that the mentioned maneuver aims at theoretically working in the face of a situation in which missile fall in the heart of the Zionist entity. At the end of the drill that lasted a few hours, the participants took lessons and concluded results, Yedihot Ahronot said, adding that the Israeli Defense Ministry and the Israeli Army were stressing that the internal front would be the second front in any upcoming war for a long time because the missiles will cover all the Palestinian occupied territories. Meanwhile, Israeli daily Maariv that Israeli is preparing to hold the ‘Turning Point 4’ drill at the end of May. This drill would be Israel’s hugest drill ever, meaning it would be bigger than the ‘Turning Point 3’ drill because it would cover the whole enemy’s entity. All local authorities will take part in the drill alongside the Israeli government’s ministries and some sectors that weren’t present at the time of the previous drill. Even more, and for the first time since the second Gulf War, the warning sirens would be launched in all Zionist cities and settlements while institutions and settlers would be trained on how to deal with such urgent situations from inside their homes. 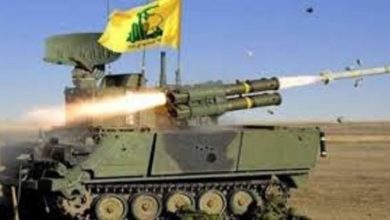 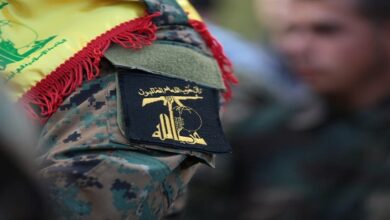 Israel on Alert after Hezbollah Fighter Martyrdom in Damascus