Â  Thursday the 12th of July, 1962 was no ordinary day for the southern town of Tair Dibba of Lebanon. On that day the town’s Fayez Moghnieh family received a new born they named Imad Moghnieh, the first and eldest of his brothers. Relative to his peers, Imad’s childhood flew rapidly, and he died martyr before old age set in. He was assassinated at the age of 45, on the 12th of February, 2008. His martyrdom became a beacon to the resistance fighters, just as his life, biography and deeds were. Imad was brought up by modest and spiritual parents; their religiosity and love of Ahl-Albait was passed onto him from a young age. He was worthy of the legacy which he bequeathed in turn to the thousands of Mujahideen he met, and the thousands of Mujahideen to come. From his childhood through youth to his martyrdom, Imad was a special person, known for his religiosity and piety, jovialness and love for others. His great sense of tolerance and humility with the pious was contrasted with an intense and rugged arrogance and condescension to the enemies of God, the enemies of His Messenger and the enemies of the believers. Due to difficult living conditions, Fayez Moghnieh’s family moved along with Imad and his brothers to the southern suburbs of Beirut to settle in the town of Shiah, a suburb which became a source for a great number of martyrs and cadres of resistance. Imad went to Shiah school until the beginning of 1975 when the civil war began in Lebanon. He joined the ranks of Fatah movement at the time to defend the Palestinian resistance and protect his people in the wake of attacks and killings by forces loyal to “Israelis”. Imad enrolled in one of the elite units of the Fatah movement, soon to rise rapidly in its ranks, although he was the youngest among his peers at the time. He received a great deal of training and combat skills in the ranks of this unit. When he was later put in charge of one of Fatah’s centers, he drew a large number of young people to the unit, who rallied around him and acted under his orders though they were mostly older than him at the time. Despite his responsibilities in the Fatah movement, and despite the war and its almost daily battles, Imad clung to his religious commitment and was a regular attendant at Shiah mosque and a committed listener to the sermons of its preachers and classes of its teachers, among them Ayatollah Mohammad Hussein Fadlallah, who came to the area from al-Naba’a locality in East Beirut, in the wake Phalange Party attacks on its people. Imad headed a cell of faithful people that provided protection and escort for Ayatollah Fadlallah, after the failed assassination attempt on his life in 1980, until the “Israeli” invasion of Lebanon in 1982, when he, along with a number of his brethren were among the first Mujahideen to confront the advancing “Israeli” Army in Khaldeh area. He remained in Beirut during its siege and the period that followed, when the “Israeli” Army moved into a number of Beirut’s neighborhoods. He was among the Mujahideen who silently worked against the “Israelis”, inflicting them with heavy losses and casualties which they had to carry with them as they were forced to retreat out of Beirut. Not settling for its withdrawal from Beirut, Imad pursued the “Israeli” forces into the south and was among the initial founders of resistance action against “Israel”. He moved with his friends to join the ranks of the resistance since its founding beginnings in 1982, when Hajj Radwan-known as a commander, planner, military and security engineer- was responsible for the planning and execution of many jihad operations against the occupying “Israelis.” Martyr Hajj Radwan was a forerunner among brothers and martyrs who achieved many resistance victories in southern Lebanon throughout the years of “Israeli” occupation. He was the victor and the “Israelis” lost in the many confrontation rounds he engaged them in. He developed a resistance combat school that was to become a model, whether by planning, implementation, equipage, or knowledge of and work on enemy capabilities and weaknesses. The Americans accused Hajj Radwan of masterminding their humiliating exit from Lebanon, along with the French forces, which invaded Lebanon in the framework of a multinational force to replace the “Israeli” occupation forces in Beirut. According to U.S. intelligence, Hajj Radwan was behind the bombings against the Americans in Lebanon, including the simultaneous bombing of the Marines in 1983, which killed 241 Americans, and the French paratroopers Camp that killed at least 63 French paratroopers. This led to the collapse of the U.S. plan in Lebanon, as the Americans were forced to retreat from the Lebanese arena. Thus, strength-building was conducive to the goal of victory. This led eventually to victory in the year 2000; at the time, he was the field commander against a first time ever retreat by the “Israeli” Forces from Lebanon, the first unconditional “Israeli” retreat from Arab land since the establishment of Zionist entity. He also commandeered the July 2006 war victory, a heroic epic that totally transformed modern warfare doctrine; a war victory studied in depth by friends and foes alike, who are still working on understanding it, in order to either emulate it or to find ways to confront it. After his martyrdom, Hajj Radwan deserved the exceptional title of “Leader of the Two Victories” given to him by Hizbullah Secretary General Sayyed Hassan Nasrallah, the May 2000 and the July 2006 victories.

“Israel” assassinated Hajj Imad Moghnieh at forty five years of age, after many years of jihad achievements and victories during which the “Israelis” were given a taste of humiliation, disgrace and defeat. Two brothers preceded Martyr Hajj Radwan to the afterlife, covered with their blood of martyrdom. The first is Jihad, martyred in 1984 and the second is Martyr Hajj Fouad, assassinated in 1995 by an explosive device that targeted him in Sfeir area, in the southern suburbs. Hajj Radwan died a martyr after more than 25 years of being chased by “Israeli”-U.S. and Western intelligence cooperation, to have him kidnapped or killed. 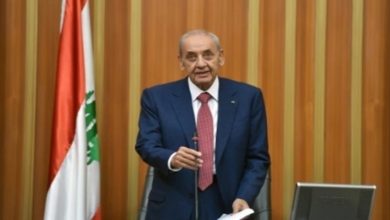 ‘Deal of the Century’ an Attempt to Eradicate Palestinian Cause: Nabih Berri