Director General of Lebanon’s General Security, Major General Abbas Ibrahim, on Monday revealed his intention to file a lawsuit, during the upcoming period, against those spreading what he dismissed as “misleading rumors and lies” against him, especially with regard to the Beirut port explosion dossier.

Ibrahim especially pointed to the timeframe when Judge Tarek Al-Bitar took over the forensic investigation in this case.

“There are certain parties who have been exerting relentless efforts to target me, personally, in the service of some political agendas,” Ibrahim said, noting that he possessed plenty of evidence confirming that he was personally targeted.

“I reserve the right to respond to all of these fabrications in court,” he added.

Meanwhile, General Ibrahim warned against the conspiracy of turning the Syrian refugees in Lebanon into a time bomb whose explosion will affect both the Lebanese and Syrian people, adding that preventing their return to Syria comes in this context. 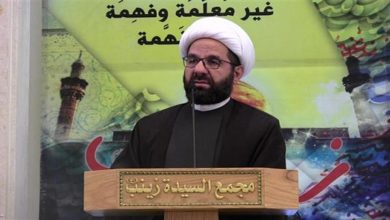 Despite Ordeals, We Will Inevitably Pray in Al-Quds: Sayyed Nasrallah