A group of Lebanese religious scholars have stressed Beirut’s fierce opposition to any normalization of diplomatic relations with Israel as a number of other Arab countries have formed ties with the occupying regime since late 2020.

Beirut Muslim Scholars Association (BMSA), in a statement released on Sunday evening, said there is neither a humanitarian nor a religious connection between Lebanon and the occupying Tel Aviv regime under any pretext, and the latter is described as the enemy according to Lebanon’s Constitution.

The statement lamented that there are certain political currents and figures in Lebanon that are pushing to violate the constitution and are preparing the ground for the normalization of relations with the Israeli regime.

“Normalization of relations with the Israeli enemy will never happen under any circumstances, and the law is above all,” BMSA stated.

The scholars further noted that a religious institution is supposed to be a venue where comments in favor of nationalism and unity are made, not a place where certain people would come together to sow the seeds of division and offend the Lebanese resistance movement.

The statement comes as the EU Special Representative for the Middle East Peace Process, Sven Koopmans, has presented senior Lebanese authorities and Hezbollah officials with a plan aimed at normalization of relations with Israel, the Beirut-based al-Akhbar newspaper reported.

According to the report, Europeans would supply Lebanon with grains, medicine and electricity in return for the establishment of ties with Hezbollah, and Hezbollah would obtain major concessions in the new political structure of Lebanon.

Earlier on Sunday, a high-ranking Hezbollah official slammed as “treasonous” the normalization of relations with Israel, saying Lebanon will never engage in such an act.

“The normalization of relations with the Zionist regime is treason, and resistance and the use of weapons and missiles will continue until the liberation of al-Quds,” Sayyed Hashem Safieddine, head of the Executive Council of Hezbollah, said at a ceremony in southern Lebanon.

He underscored that forty years into its formation, Hezbollah has become much stronger and still opposes the normalization of relations with the Tel Aviv regime.

Back in 2020, the United Arab Emirates and Bahrain signed United States-brokered agreements with Israel to normalize their ties with the regime. Some other regional states, namely Sudan and Morocco, followed suit soon afterward.

The so-called Abraham accords have sparked widespread condemnations from the Palestinians as well as nations and human rights advocates across the globe, especially within the Muslim world. 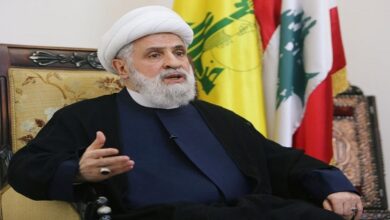 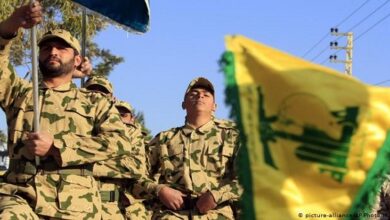