The annual intelligence report in the Zionist entity considered that undermining the military, economic and political power of Hezbollah is impossible, citing the increase in the number of the precision-guided missiles possessed by the Resistance Party.

The Israeli report indicated that Hezbollah managed to reinforce its political and social influence in Lebanon through confronting some aspects of the economic crisis, highlighting importing the Iranian fuel.

Hezbollah enemies cannot use the economic crisis in Lebanon to blackmail Hezbollah, according to the report which called on the United States, Saudi and France to support the anti-Hezbollah forces in order to face the Resistance group.

The Zionist report indicated that maintaining Taif Accord which preserves the participation of the various parties in the ruling system is better than letting Hezbollah control the entire state in Lebanon.

The report also suggested that ‘Israel’ shows flexibility in the issue of the maritime border demarcation with Lebanon, especially in the controversial zones, as well as the Lebanese gas resources investments.

According to the Zionist report, Hezbollah also maintained the balance of deterrence with ‘Israel’, highlighting its rocketry power in this regard. 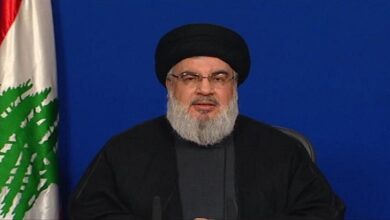