Prime Minister-designate Wednesday night called on President Michel Aoun to allow for early presidential elections if he to sign a non-partisan specialist government.

In a statement that swiftly responded to Aoun’s televised address, Hariri said, “I was surprised, like all the Lebanese, by the President inviting me via a televised speech to the Presidential Palace, for an immediate government formation.”

“As I visited the President sixteen times since my appointment for the same goal set by him, to agree on a government of non-partisan specialists capable of implementing the agreed reforms and stopping the collapse that the Lebanese are suffering from, I will answer him in the same way: I will be honored to visit him for the seventeenth time, immediately, if his schedule permits, to discuss with him the lineup that has been in his hands for several weeks, and immediately announce the formation of the government.”

Hariri said that President Aoun could reduce the pain and suffering of the Lebanese by allowing early presidential elections, adding: “This is the only constitutional method capable of canceling the effects of his election by the MPs to head the Republic five years ago, just as they chose me as a Prime Minister-designate to form the government five months ago.”

Suleiman: We Must Benefit From Resistanceâ€™s Capacities 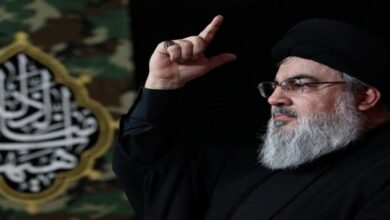