“The camp included a booby-trapped vehicle, explosive charges and a laboratory for making bombs,” Falahi said.

On Monday, a woman was killed, while her husband and daughter were injured as a booby-trapped house exploded in Anbar province.

Violence in the country has surged further with the emergence of ISIL militants who proclaimed a “Caliphate” in Iraq and Syria in 2014.

About 114 Iraqi civilians were killed, while 244 others were wounded as a result of terrorism, violence and armed conflicts, according to a monthly release by the United Nations Assistance Mission for Iraq (UNAMI).

Baghdad was the worst affected province, coming in the first place with 177 civilian casualties (38 killed, 139 injured). Anbar province followed with 36 killed and 55 injured, and then Kirkuk with 18 killed and 33 injured. 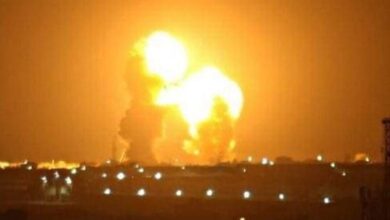