Iraq’s former ambassador to the US says the recent US travel ban is a “betrayal” to Iraqis, noting that he himself has been affected by the move.

Lukman Faily said on Monday that Iraq is currently a partner with the US in the battle against terrorism and is not “exporting terrorists” anywhere, so “to be treated like this… to say it’s a betrayal (is) an understatement.”

On January 27, President Donald Trump signed an executive order which locked the entry of citizens from Iran, Iraq, Libya, Somalia, Sudan, Syria and Yemen into the United States for 90 days. It also suspended entry of all refugees for 120 days and barred Syrian refugees indefinitely.

“I confirmed with the US embassy here in Baghdad that I am banned as well,” Faily added, noting that visas were only being given to Iraqis who were government officials.
Iraqis “from all sort of walks of life have been banned — it isn’t effective,” Faily added.

He added that the move “does not reflect reliability” and that it also shows that Iraq cannot rely on the US, and that he believes it “will reflect to the Iraqi people that the US is unjustly treating them.” 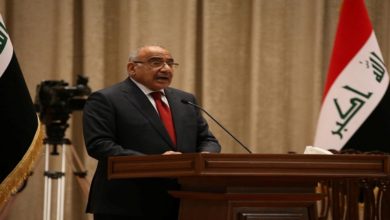