Government forces in Iraq have found a mass grave containing the skeletal remains of some 100 decapitated bodies in a town recently liberated from the Daesh terrorist group near the strategic, northern city of Mosul.

Brigadier General Yahya Rasool, the spokesman for the Iraqi Joint Military Command (JOC), said Iraqi soldiers found the grave near the agricultural college of the recently-liberated town of Hammam al-Alil, which is located about 14 kilometers to the south of Mosul, late on Monday.

Rasool added that a forensics team from Baghdad would examine the remains at the site on Tuesday.

Brigadier General Ali al-Lami, a top Iraqi security official, said the remains belonged to the civilians who refused to collaborate with the Daesh terrorist group, including members of the Iraqi security forces.

Earlier on Monday, the Iraqi army announced that it had liberated Hammam al-Alil from Daesh terrorists, and that the army was moving toward Mosul’s international airport.

Video footage broadcast by the Lebanon-based al-Mayadeen television news network showed images of soldiers raising the national Iraqi flag on a rooftop in the town.

Mosul has been under Daesh control since 2014, when the terrorist group started a terrorist blitz in Iraq.

The JOC announced in a statement on Monday that Iraqi forces had liberated 64 regions in the northern province of Nineveh — of which Mosul is the capital — and killed a total of 202 terrorists over the past five days.

The statement added that 14 car bombs had been destroyed, 12 booby-trapped hideouts blown up and a drone belonging to Daesh extremists shot down during the mentioned period.

Additionally, 12 Daesh terrorists were killed on Monday as Iraqi Air Force F16 fighter jets, based on information provided by the National Intelligence Service, carried out a precision strike against a Daesh depot of rockets and munitions on the eastern outskirts of Mosul.

Meanwhile, the World Health Organization (WHO) says it has set up 82 “rapid response teams” to manage potential disease outbreaks, chemical exposure and other health concerns among people fleeing Mosul.

The UN agency said internally displaced persons from Mosul could face difficulties with water distribution and sanitation as a direct result of their growing numbers, warning that the risk of food- and water-borne diseases such as cholera is high.

The WHO said the presence of children who have not been vaccinated against epidemic diseases ever since Daesh militants overran Mosul in June 2014 also adds to the health worries of the Geneva-based intergovernmental organization.

After months of preparation, Iraqi army soldiers, backed by volunteer fighters and Kurdish Peshmerga forces, launched an operation on October 17 to retake the strategic city of Mosul from the Daesh terrorists.

Meanwhile, the town of Qayyarah, about 60 kilometers south of Mosul, has for some time been plagued by black and white smoke from dozens of burning oil wells.

The sulfur-dioxide pollution has taken a toll on the health of local residents and their livestock. For months now, many have been suffering from respiratory illnesses, including asthma and allergic reactions.

Due to the thick smoke rising from the oil wells, sheep and other livestock have been blackened. The weaker animals die immediately after birth.

Faced with the approach of Iraqi forces towards Qayyarah in June, Daesh terrorists set fire to 19 oil wells and several factories before their final retreat from the town. The air is still filled with toxins and the key sources of drinking water have been contaminated.

Later in August, as Iraqi forces tried to enter Qayyarah, the terrorists opened up oil pipes and the streets were flooded with crude oil. A large amount of oil spilled into the nearby Tigris River, which provided the main source of drinking water for the residents of this town.

The terrorists even filled trenches with crude oil and set them on fire to reduce visibility and prevent their positions from being bombed.

Local people are unable to seek treatment for their respiratory problems as the only hospital in that region was destroyed when the town was liberated. The Iraqi military is currently trying to repair the hospital and restore its essential functions.

Meanwhile, Kurdish forces said on Tuesday that they have successfully liberated the town of Bashiqa, near Mosul.

They had launched entered the town, which is located to the east of Mosul and was held by Daesh, on Monday. 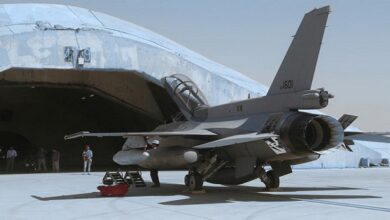 We will re-control Mosul within 24 hours – PM Maliki