A fresh explosion has reportedly hit an area in western Baghdad, three days after twin blasts killed 32 people in the Iraqi capital.

A security source, who spoke to Al-Sumaria news on condition of anonymity, said the Sunday blast struck an area near a store in al-Adl neighborhood.

No one has been killed in this explosion, according to the security source.

No individual or group has claimed responsibility for the fresh explosion so far.

The Daesh terrorist group had claimed responsibility for the Thursday suicide attacks in a crowded marketplace – the deadliest in nearly three years – in which 32 were killed and 110 others were injured.

The first attacker drew a crowd at the bustling market in Tayaran Square by claiming to feel sick, and then detonated his explosives belt. As more people then flocked to the scene to help the victims, a second bomber set off his explosives.

Later on Saturday, at least 11 fighters from Iraq’s Popular Mobilization Units (PMU), better known as Hashd al-Sha’abi, were killed in an ambush by Daesh terrorists north of the Iraqi capital.

The terrorists used light weapons and the cover of darkness to target the PMU fighters east of Tikrit, the capital of Iraq’s Saladin province.

Following the Thursday and Saturday attacks, the Iraqi security apparatus is preparing preemptive operations against terrorists.

Ali al-Husseini, a senior PMU official in northern Iraq, told Baghdad al-Youm on Sunday that the Hashd al-Sha’abi units in Diyala, Saladin, and Kirkuk provinces are all on standby to counter any terrorist operation.

The Iraqi Federal Police also announced that eight Daesh bases have been destroyed by the Iraqi army choppers in Diyala province.

In his Sunday comments, al-Husseini said the Saturday attack against PMU forces indicate that Daesh has recently received huge support from abroad.

In comments on Saturday, a member of the Iraqi Parliament’s Security and Defense Commission announced that a group of Saudi terrorists have entered the Iraqi territory via the Arar border crossing with the KSA.

Mehdi Taqi urged security forces to control Arar crossing and closely inspect the checkpoint as it has turned into a gate for arrival of terrorists and suicide attackers in Iraq.

The PMU played a major role in reinforcing the Iraqi army, which had suffered heavy setbacks against the Takfiri elements.

Iraq declared victory over Daesh in December 2017 after a three-year counter-terrorism military campaign.

The terror outfit’s remnants, though, keep staging sporadic attacks across Iraq, attempting to regroup and unleash a new era of violence. 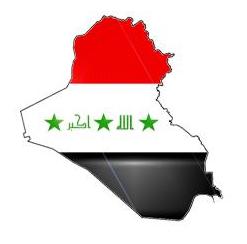 ‘US trying to destabilize Iraq’