The Iraqi army made major advances in Al-Anbar province in the western parts of the country, a senior Iraqi army commander said Saturday, adding that the army killed hundreds of militants of the so-called ‘Islamic State of Iraq and the Levant’ (ISIL) takfiri terrorist group in fresh clashes in recent weeks.

“The security forces, supported by the popular forces, killed 300 ISIL terrorists in clashes in Huz and Sajariyah in Al-Ramadi area in the past three weeks,” Iranian Fars news agency quoted Major General Qassem Al-Mohammadi, the commander of the Iraqi army’s operations in Al-Anbar province, as saying.

He underlined that the security forces have made major advances in Heet district as well as Huz and Sajariyah districts of Ramadi.

On Saturday, the Iraqi armed forces successfully repelled an attack by ISIL Takfiri militants on a government complex in Ramadi.

Over the past weeks, the ISIL militants have made numerous attempts to take control of the government complex in Ramadi, but they have failed to do so amid stiff resistance by Iraqi soldiers and volunteer forces.

Anbar province, which borders conflict-ravaged Syria, has been a major stronghold of the ISIL militants and continues to be largely controlled by the terrorists.

Iraqi troops are engaged in fierce battles with the ISIL extremists to liberate the violence-torn province. 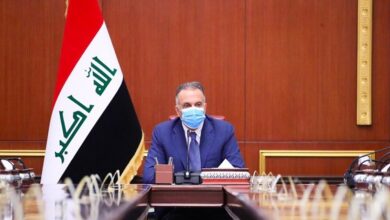