Prime Minister Mustafa al-Kadhimi has asserted that Iraq will by no means tolerate a return of sectarian violence, in remarks made in reaction to a gruesome massacre in the north-central Salahuddin Province.

The premier arrived in the province on Sunday alongside Defense Minister Najah al-Shammari and Falih Alfayyadh, who is the chairman of the country’s Hashd al-Sha’abi or Popular Mobilization Units (PMU) anti-terror force.

A day earlier, unknown assailants kidnapped 12 local youths in Balad District, gunning eight of them down within an hour.

Salahuddin’s Police Commander Qandil al-Jabouri said the bodies had been found in an area lying to the south of the provincial capital of Tikrit. The remaining four people are still unaccounted for, he added.

Iraq’s Alforat News website also cited an unnamed security source as saying that early investigation had indicated that the bloodshed had been committed with “terrorist” intentions.

Salahuddin’s Governor Ammar Jabr said most of the victims had been shot in the head and chest. He said the province would be observing three days of mourning to commemorate them.

Al-Kadhimi visited the crime scene and met with the bereaved families, promising them that the atrocity would be fully investigated and that Baghdad would ramp up security measures in the province.

The premier, meanwhile, informed the survivors that a number of the perpetrators had been placed in detention.

Also on Sunday, he vowed in a tweet that the murderous criminals would be punished. “There is not going to be any return to sectarian conflict or enmity among Iraqis towards one another for political purposes.”

“We have put this stage behind us, and will never go back to it,” the premier remarked.

In 2003, the United States and its allies invaded the country under the banner of fighting a “war on terror” based on allegations that former Iraqi dictator Saddam Hussein had stockpiled weapons of mass destruction. The allegations were later proven wrong.

Saddam was overthrown in the invasion, but the chaos that followed, plunged the Arab country into sweeping sectarian violence.

Al-Kadhimi’s latest remarks come no longer than three years after Iraq defeated Daesh, the deadliest terror group to overrun the country amid the embers of sectarian strife. 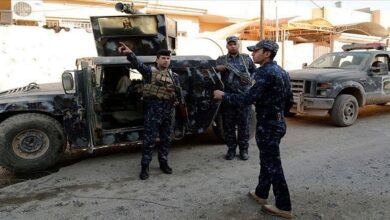 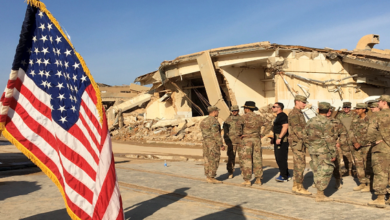 US troops withdraw from airbase in Iraq’s Erbil

Killing by Stone; not Stoning to Death, New Method of ISIS Evils