Iran’s Red Crescent Society (IRCS) has announced its readiness to send humanitarian aid to the impoverished Gaza Strip following the reopening of the Rafah border crossing.

He expressed satisfaction over Egypt’s reopening of the Rafah border crossing and said that the IRCS is prepared to dispatch humanitarian aid to the Gaza Strip.

Faqih pointed out that the blockade of the Gaza Strip was in contravention of international humanitarian law, specifically the Fourth 1949 Geneva Convention.

He went on to say that the blockade of the coastal area was a â€œcollective punishmentâ€, which denied the people of Gaza their very basic needs, including access to food, drinking water, medicine, electricity and fuel, and weakened the economy of the territory.

This is while under the Fourth 1949 Geneva Convention, an occupying power is obliged to provide basic needs of the occupied population or it must allow international organizations to do so if it is unable to meet such needs, Faqih reiterated.

Egypt’s interim government opened the Rafah border crossing into Gaza in late May. Egyptian authorities, however, began implementing a number of restrictions for the passage.

Egypt says it is preparing to permanently open the crossing in a move that would allow people and goods to enter and exit the coastal sliver.

The regime of the ousted US-backed ruler Hosni Mubarak had tightened a blockade on the impoverished Gaza Strip after Hamas took control of the territory in 2007.

The former Egyptian regime refused to open the crossing even during the Israeli deadly offensive into Gaza in 2008, in which nearly 1,400 people lost their lives.

The three-week Israeli offensive aggravated the already dire humanitarian crisis in Gaza as many civilian infrastructures were knocked out during the invasion.

Gazans have since faced harsher conditions with a minimal supply of food, water, fuel, and electricity.

Rafah is Gaza’s only border crossing that is not controlled by Israel. 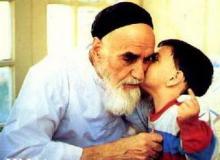 US, Britain in front line of Saudi crimes in Yemen: Ayatollah Ahmad Khatami