Tehran interim Friday Prayer Leader, Ayatollah Mohammad Emami Kashani has emphasized on the wide-scale presence of Muslims across the world in International Qods Day demonstrations and has also called for public mobilization for helping the Pakistani flood victims.

Referring to the last Friday of the holy month of Ramadan, which marks the International Qods Day, Tehran interim Friday Prayer leader called Â on the people of Iran and all Islamic countries to pay serious attention to this day’s demonstrations.

He considered the wide-scale presence of Muslims and freedom-seekers across the world in International Qods Day demonstrations and the slogans chanted by them against the Global Arrogance and the Zionists as a factor leading to reinforcement of the stances of oppressed Palestinian nation, while noting that with such a presence, the enemies would not be able to fulfill their sinister and ominous intentions.

The Founder of Islamic Republic of Iran, late Imam Khomeini (May his soul rest in peace) named the last Friday of the holy month of Ramadan as the International Qods Day. Every year, on this day, following the observance of Friday Prayers in Islamic Iran and other Islamic countries, demonstrations are held against the usurper Zionist regime of Israel.

In further remarks, Tehran interim Friday Prayer leader enumerated Islamic Iran’s developments and advancements in the defense and scientific domains and termed the fueling of Bushehr Atomic Power Plant as a major success, while noting that all these services help the development of country.

Ayatollah Kashani also expressed content with the scientific achievements and the existing wealth in the country, while emphasizing on ever-increasing development of Islamic Iran.

Moreover, he referred to flood in Pakistan and expressed heartfelt sympathy with the survivors of this incident, while calling for public mobilization to help the Pakistani flood victims.

Tehran’s interim Friday Prayer leader also referred to the Government Week and commemorated the memory of Martyrs Rajai and Bahonar. 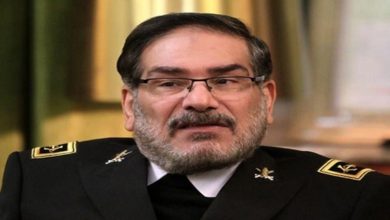 Iran’s security chief in Baghdad for talks with Iraqi officials