As OPEC countries gather in Algiers on Wednesday to discuss how to stabilize the oil market, Saudi Arabia has resorted to political grandstanding against Iran.

The American news agency Bloomberg took up the task on Tuesday to set the Saudi agenda, claiming that the kingdom was open to compromise with Iran.

It cited Saudi Energy Minister Khalid al-Falih as saying that Iran, Libya and Nigeria should be allowed to “produce at the maximum levels that makes sense.” Bloomberg interpreted the statements as “the strongest indication yet” that Riyadh was ready for a compromise.

Falih was also quoted as claiming that “the gap between OPEC countries is narrowing in terms of what are the levels at which we will freeze” production and that “the opinions are getting very, very close together.”

Minister of Petroleum Bijan Zangeneh, however, rejected on Tuesday the idea of Iran limiting its output before the country regains market share.

Since the removal of sanctions in February, the Islamic Republic has been ramping up production in order to reach former levels and rejected calls on the country to freeze production as unfair.

In his interview with Bloomberg, al-Falih acknowledged that Iranian oil output has been constrained until now, yet he also said that any increase should not surpass “levels that they have achieved recently.”

Iran, whose production has reached 3.6 million barrels per day, insists on having the right to ramp that up to around 4.1-4.2 million bpd.

Hence, the offer from Saudi Arabia to Iran to limit its oil output in exchange for Riyadh cutting supply makes no sense.

Between 2012 and 2016, Saudi Arabia has raised its output so steeply that even if it were cut, it would not affect the kingdom overall but would put Iran in a disadvantage.

According to Gary Ross, a veteran OPEC watcher and founder of US-based think tank PIRA, “it is a carefully calculated offer because Saudi Arabia knows it will not be acceptable to Iran.”

“Saudi Arabia wants to put the blame of OPEC inaction in Algiers on Iran,” he told Reuters.

Bjarne Schieldrop, chief commodities analyst at SEB Markets, said: “We cannot see how Iran could possibly accept the Saudi offer. It would be like asking a long-time prisoner who was finally released from prison to go back again.”

While the Saudis have sought to score a point at the Algeria meeting through political maneuvering, many observers believe it is rather Iran which has a strong hand.

Saudi Arabia faces a second year of record budget deficits while Iran’s budget is leveling out as it is emerging from years of sanctions.

According to the International Monetary Fund estimates, Saudi Arabia will suffer a fiscal deficit equal to 13.5% of gross domestic product this year, compared with one of less than 2.5% of GDP for Iran.

The kingdom is burning through its foreign exchange reserves at a terrifying pace and while its economy is slowing sharply to one percent, Iran is accelerating toward four percent.

Following economic reforms in 2012 and 2013 to weather the impact of sanctions, Iran has already been through the austerity that’s only starting in Saudi Arabia.

According to Muhammad al­-Sheikh, a financial adviser to the crown, if Saudis continue spending as they did last year, the country would go “completely broke” by early 2017. 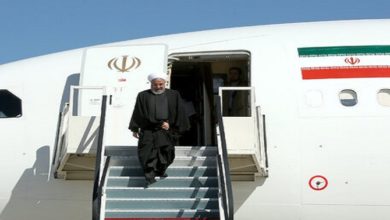 Rouhani in Sistan and Baluchestan to oversee flood relief operations 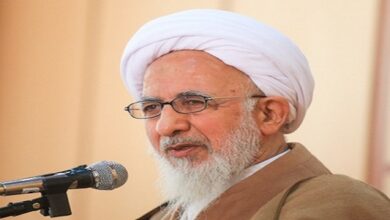 Ayatollah Javadi Amoli calls for preventing insult to any religion