The commander of the intelligence unit of Iran’s Islamic Revolution Guards Corps (IRGC) in the city of Sahneh in the western province of Kermanshah has been martyred in clashes with rioters.

According to Fars news agency, Nader Beyrami was beaten on Friday by “some opportunist elements and rioters” who tried to inflame security disturbances. He was murdered with a knife when he rushed to help people clashing with the rioters. A number of people were also wounded.

Governor of Sahneh Jahanbakhsh Zanganeh Tabar said later on Friday the perpetrators had been arrested and handed over to judicial authorities.

Foreign-backed riots broke out in Iran in mid-September after the death of Mahsa Amini. The 22-year-old fainted at a police station in Tehran and was pronounced dead in hospital three days later. An official report by Iran’s Legal Medicine Organization concluded Amini’s death was caused by illness rather than alleged blows to the head or other vital body organs.

The European Union and some Western countries have imposed sanctions on Iran over its ‘approach’ toward the recent riots. Iran, in turn, announced tit-for-tat sanctions against institutions and individuals in the European Union due to their deliberate support for terrorism and terrorist groups.

Earlier in the month, Iran’s Intelligence Ministry said the United States and the United Kingdom were “directly” involved in the unrest, adding that dozens of terrorists affiliated with the Israeli regime and anti-Islamic Revolution groups have also been detained. 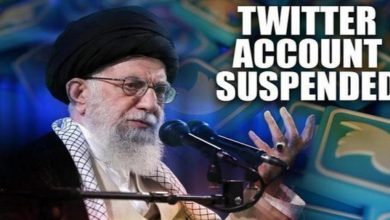