Russia and China have welcomed Iran’s imminent full membership in the Shanghai Cooperation Organization (SCO), expressing readiness to improve interactions with Tehran within the framework of the body.

Addressing the 22nd meeting of the Council of the SCO Heads of State in Uzbekistan’s city of Samarkand on Friday, Russian President Vladimir Putin said Iran plays an important role in the Eurasian region and across the world and its accession to the SCO would have a positive impact on the body’s work.

He said Moscow “certainly stands for the soonest completion of the accession process” of Tehran to the SCO, including the signing of relevant documents and memorandums.”

“We are convinced that Iran’s full-fledged participation will have a positive impact on the organization’s work, as this country plays an important role in the Eurasian region and in the world as a whole,” the Russian president said.

Putin said the SCO also attaches “great importance to expansion of cooperation with the countries willing to establish an open and equal dialogue with the organization and interested in joining its activities.”

At its 21st summit in Tajikistan’s capital city of Dushanbe in September 2021, the SCO approved documents for Iran’s full membership in the Eurasian political, economic, and security alliance.

In a tweet on Wednesday, Iranian Foreign Minister Hossein Amir-Abdollahian announced that he had signed a memorandum of commitment to join the organization.

“Tonight, in the historical city of Samarkand, I signed the memorandum of commitments of Iran’s permanent membership at the Shanghai Cooperation Organization, with the [body’s] secretary-general,” Amir-Abdollahian tweeted.

Iran’s accession to the full SCO membership will be finalized by April 2023, after signing the country’s first memorandum of obligations at the Samarkand summit. 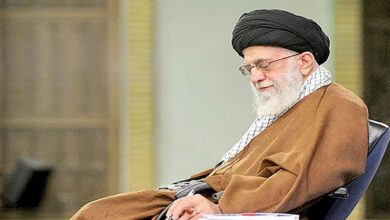