President Vladimir Putin says a Russian delegation of 80 large companies are set to visit Iran next week, as the Islamic Republic signed documents pertaining to its full membership in the Shanghai Cooperation Organization (SCO), which is due to take place in the near future.

Putin made the announcement in a meeting with Iranian President Ebrahim Raeisi on the sidelines of a SCO’s summit in the Uzbek city of Samarkand on Thursday, Russia’s state-owned news agency RIA Novosti reported.

“As we agreed with you, we have done everything for Iran to become a full member of the Shanghai Cooperation Organization. Our partners in this organization have supported your application; all that is left is one last formality. It is indeed a formality, and Iran is joining this already serious, large and authoritative international organization,” Putin said. “And we are very happy about this.”

The Russian president stressed that Moscow’s and Tehran’s stances are close or coincide on many international issues, saying, “Inter-regional ties are developing. We actively cooperate on the international arena and on many [points] our positions are close, or, as diplomats say, coincide.”

Putin also pointed to the warm welcome by Leader of the Islamic Revolution Ayatollah Seyyed Ali Khamenei during his visit to Tehran in July, saying, “Thanks to his support, many projects are moving forward. We are interested in his further support.”

“I am asking you to convey to him my best wishes,” the Russian leader told Raeisi.

The Iranian president, for his part, said the Islamic Republic is “seriously determined to develop bilateral strategic relations” with Russia in the fields of politics, economy, trade, and aerospace, adding that the cooperation among countries sanctioned by the United States would make them “stronger.”

“The relationship between countries that are sanctioned by the US, such as Iran, Russia or other countries, can overcome many problems and issues and make them stronger,” Raisi told Putin in the meeting.

“The Americans think whichever country they impose sanctions on, it will be stopped, their perception is a wrong one.”

Raeisi also underlined that Tehran’s membership in the SCO and its relationship with member states “can greatly help on the path of economic development for Iran and the development of the region.”

Iran, one of four SCO observer states, applied for full membership in 2008 but its bid was slowed as a result of the illegal sanctions imposed by the United Nations and US.

Iranian Foreign Minister Hossein Amir-Abdollahian announced on Wednesday the country’s signing of a memorandum of commitments to join the Shanghai Cooperation Organization and starting a “new phase” of interaction with the body.

Zhang Ming, the SCO’s secretary general, congratulated the Islamic Republic on the occasion of Iran’s “permanent accession” and signing of the document, calling it an “important development.”

The SCO was founded by China, Russia, Uzbekistan, Kazakhstan, Kyrgyzstan, and Tajikistan in 2001, and currently forms the world’s biggest regional market with eight official members, and four observer states. 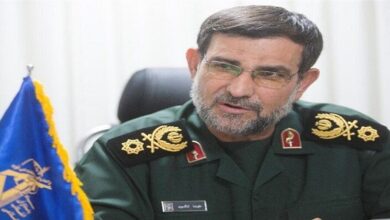 Sunni Scholar says, unity, the most important duty of Sunni and Shia scholars