Tehran is ready to swiftly conclude the Vienna talks on reviving the nuclear deal and give the United States another chance to act responsibly toward its contractual obligations under the 2015 accord, says Iran’s lead negotiator.

Ali Bagheri Kani, who also serves as Iran’s deputy foreign minister for political affairs, tweeted on Sunday that the Islamic Republic has shared its “proposed ideas, both on substance and form, to pave the way for a swift conclusion of Vienna negotiations.”

He explained that Iran and the P4+1 group of countries have been in talks in the Austrian capital with the purpose of “fixing the damaging complicated situation caused by the US unilateral and unlawful withdrawal” from the deal, officially called the JCPOA, back in 2018.

The senior Iranian diplomat emphasized that Iran is working closely with its JCPOA partners, in particular the European Union foreign policy chief Josep Borrell as the coordinator of the JCPOA Joint Commission.

He said such cooperation aims to “give another chance to the US to demonstrate good faith and act responsibly.”

“As Iran, we stand ready to conclude the negotiations in a short order, should the other side be ready to do the same,” Bagheri Kani added.

Iran and the five remaining parties to the JCPOA – Britain, France, Germany, Russia and China – have held several rounds of negotiations in the Austrian capital of Vienna since April last year to restore the agreement.

In quitting the agreement four years ago, then-US president Donald Trump restored sanctions on Iran as part of what he called the “maximum pressure” campaign against the country. Those sanctions are being enforced to this day by the Joe Biden administration, even though it has repeatedly acknowledged that the policy has been a total failure.

In a telephone call with Borrell on Wednesday, Iranian Foreign Minister Hossein Amir-Abdollahian said Tehran welcomes the continuation of the path of diplomacy with the aim of reaching an agreement, urging the US to be “realistic.”

Borrell has recently written an article for the Financial Times saying that he had proposed a new draft text aimed at reviving JCPOA.

“This text represents the best possible deal that I, as facilitator of the negotiations, see as feasible. It is not a perfect agreement, but it addresses all essential elements and includes hard-won compromises by all sides,” he wrote. 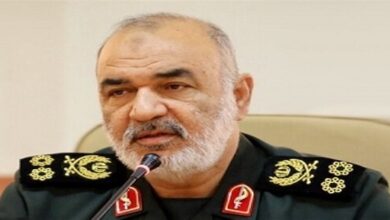