During the talks, the two sides discussed bilateral and regional issues, the latest political and security developments as well as issues of mutual interest.

Shedding light on the foreign policy of the Islamic Republic of Iran and the pivotal role of neighbors in Iran’s foreign policy, Shamkhani stated that Iran’s permanent policy towards its neighbors is the development of all-out and strategic relations along with good neighborliness.

Stating that Iran’s behavior in the region has shown that the Islamic Republic has always been interested in collective security and maintaining the territorial integrity of countries as its permanent strategy, he noted that condemning the occupation of Kuwait by former Iraqi President Saddam Hussein and supporting Qatar in confronting excessive demands and bullying of some countries in the region are clear examples of such a strategy.

Elsewhere in his remarks, Shamkhani pointed to Iran’s nuclear talks in Qatari capital of Doha and said that Iran started a new round of negotiations in Vienna with the aim of reaching an agreement, and will adhere to diplomacy until the realization of its legal rights, as in the past.

Qatari foreign minister, for his part, pointed to his country’s strong support for the removal of anti-Iran sanctions and added that all parties should return to the JCPOA as soon as possible by accepting commitments under deal.

Reaching an agreement in the nuclear negotiations will definitely increase the stability of the region, he added. 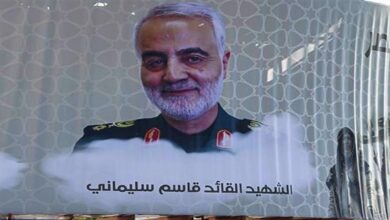