Foreign Minister Hossein Amir-Abdollahian says Iran welcomes Saudi Arabia’s “new inclination” to fix relations with Tehran, and that managing the differences between the two sides will benefit both nations as well as other friendly states.

Speaking to IRNA news agency on Saturday, Amir-Abdollahian said he considered the recent remarks by a high-ranking Saudi official as an effort to “show a new inclination to advance bilateral interactions,” adding, “We welcome it.”

In an interview with The Atlantic published on Thursday, Saudi Crown Prince Mohammed bin Salman, also known as MBS, said, “Iran is a neighbor forever. We cannot get rid of them and they cannot get rid of us. So it’s better for both of us to work it out and to look for ways in which we can coexist.”

The top Iranian diplomat said although Riyadh chose to cut ties with Tehran, the Islamic Republic has constantly invited Saudi Arabia to good neighborly interactions over the past years.

“We have different views and approaches on some issues in the region, but the management of those differences by the two sides can serve the interests of the two nations, as well as friendly and brotherly countries,” he said.

Also in his interview, bin Salman said the kingdom intends to continue “detailed talks” with Iran to reach a satisfactory agreement for both.

The discussions, he said, would enable reaching “a good situation and mark a bright future” for both sides.

Amir-Abdollahian said that Iran has held four rounds of talks with Saudi Arabia hosted by Iraq in the course of the past year.

“These talks created a good atmosphere and yielded results, albeit small ones, and we are pleased that Saudi Arabia has taken the path of dialog. Such a view, if held continuously, can lead to positive results, because improving relations and cooperation is in the interest of both countries,” he noted.

The foreign minister further reiterated the determination of the administration of President Ebrahim Raeisi to interact with Iran’s neighboring states.

For years, the kingdom pursued a confrontational foreign policy toward the Islamic Republic, but it appears that it has recently changed tack.

Referring to the protracted Saudi-led military aggression against Yemen, Amir-Abdollahian reaffirmed the need for a political settlement of the conflict.

“It is clear that the Yemen crisis has no military solution. Yemen belongs to all Yemenis. The solution is political based on intra-Yemeni dialog, away from foreign interference. It will be achieved through the end of the siege and war,” he said. 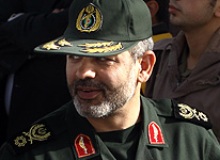