Iran’s top security official says the Islamic Republic powerfully pursues the strategy of balancing its foreign relations, adding the country’s dealings with Russia and China and its talks in Vienna to remove sanctions are complementary in securing Tehran’s national interests.

“The strategy of balancing foreign relations will be pursued powerfully,” Secretary of Iran’s Supreme National Security Council Ali Shamkhani said in a tweet on Monday.

“Moscow, Beijing & Vienna play a complementary role in securing #Iran’s national interests. The artificial dichotomies are all misdirected addresses that have limited the functioning of foreign policy in past,” he added.

In a Persian-language version of his tweet, Shamkhani specified the artificial dichotomies of the “battlefield and diplomacy or look East and pivot to the West”.

Iran has invariably underscored over the years that it aims to have political and economic relations with all countries across the world as long as the sovereignty and integrity of the Islamic Republic are respected.

Hossein Amir-Abdollahian, Iran’s foreign minister, said earlier in the day that the promotion of relations with the neighboring countries is the main priority of the country’s political approach, adding that the new administration is determined to optimize relations with all neighbors.

“Promotion of relations with neighboring countries is a basic priority in Iran’s initiatives. This priority had not been realized up to now due to various reasons,” Amir-Abdollahian told the First National Conference of Iran and Neighbors in Tehran.

He said increasing cooperation and interaction with neighbors has been one of the basic priorities since the inauguration of the new administration.

With the priority of interaction and dialog with the neighboring states, the top Iranian diplomat added, the new government is making efforts to seriously pursue and achieve such a goal by maximizing the existing capacities and optimizing bilateral ties.

Iran and the remaining participants to the 2015 nuclear deal, officially known as the Joint Comprehensive Plan of Action (JCPOA), have been holding talks in the Austrian capital since April last year with the aim of reviving the deal by bringing the US into full compliance.

The US left the JCPOA in May 2018 under former President Donald Trump. The Vienna talks began on a promise by Trump’s successor, Joe Biden, to rejoin the deal and repeal the so-called maximum pressure campaign against Iran. Biden, however, has so far failed to undo Trump’s own undoing of Barack Obama’s Iran policy, which led to the JCPOA in June 2015. 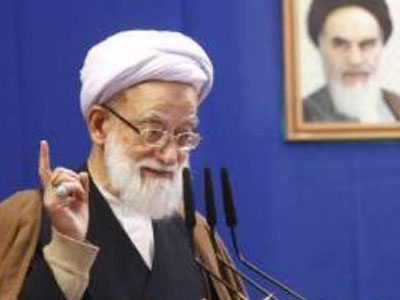