Iran’s Islamic Revolution Guards Corps (IRGC) has strongly condemned the terrorist attack targeting a girls’ school in the Afghan capital, noting that the massacre is part of an American plot to bring Takfiri terrorism back to life in the war-torn country.

“This grave crime is a plot by Americans, which is aimed at reviving Takfiri terrorism and bringing back war and insecurity to Afghanistan,” the IRGC said in a Monday statement.

“This horrific incident, under conditions when the Americans claim to be leaving Afghanistan, places blame on the White House more than ever for transferring Takfiri terrorists from Syria and Iraq to Afghanistan and attracting the arms, financial and intellectual support of its regional allies to inculcate a sense of return of war and insecurity to Afghanistan if US troops pull out of the country.”

The IRGC said, “The terrorist regime of the United States and its allies must stop their vicious warmongering and hatred against the Islamic Ummah, especially the oppressed nation of Afghanistan.”

“The world public opinion believes that the withdrawal of US forces from West Asia will provide lasting security and peace to the Muslim nations in the region.”

The IRGC also expressed condolences to the “honorable and Muslim people of Afghanistan,” particularly the families of the martyrs.

At least 68 people, mostly schoolgirls, lost their lives in explosions caused by a car bomb and mortar shells targeting a school in the Shia majority neighborhood of Dasht-e-Barchi in western Kabul on Saturday.

Afghan President Ashraf Ghani said the Taliban militant group was to blame. The Taliban, however, did not claim responsibility for the blast. According to some media reports, the Daesh Takfiri terrorist group claimed the attack hours later.

The tragedy befell Afghanistan a week after the United States and its NATO allies began withdrawing their troops and military hardware.

US President Joe Biden has said the drawdown of US forces will have been completed by September 11.

The Taliban have issued a warning, pledging to attack US troops if they failed to withdraw as scheduled.

Supreme Leader: All should exercise vigilance in dealing with new world order 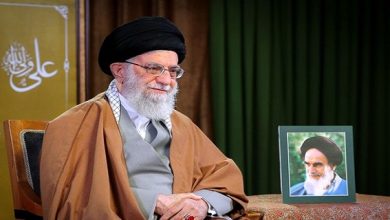 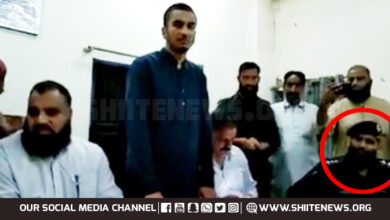