Iran’s President Hassan Rouhani says the whole world has admitted that the economic war launched by the United States against Iran has failed thanks to the resistance of the Iranian people.

Rouhani made the remarks in a Monday meeting with a group of businesspeople in Tehran, saying, “The goal of the economic war waged by [the former US President Donald] Trump against the Iranian nation was to cause the country to collapse and topple the [Islamic] establishment.”

“Today, due to resistance and steadfastness of the Iranian nation and thanks to the guidelines issued by the Leader [of the Islamic Revolution Ayatollah Seyyed Ali Khamenei] and efforts made [by the Iranian government], the entire world and the US itself have owned up to the failure of [Washington’s] economic war,” he added.

Rouhani said maintaining Iran’s lofty position in different scientific, economic, technological and political fields is a prerequisite for the country’s progress and development.

He noted that his administration has been making all-out efforts to promote Iran’s status in the region and across the world.

Rouhani president added that “although there was a misconception in the world that it is not possible to negotiate with Iran and achieve a result,” the the Iranian administration rectified this attitude.

After the beginning of nuclear talks, the world realized that it is possible to hold negotiations with Iran and reach a conclusion on the basis of dialogue, he added.

“We, too, believe that we should settle our problems inside the country, but everybody must know that it is not possible to make progress and build the country without having ties with the world,” Rouhani pointed out.

“Today the world acknowledges that there is no option, but reaching an agreement with Iran and lifting sanctions, and this is a big achievement for the Iranian nation,” he added.

The United States, under former president Trump, left the multilateral nuclear deal in May 2018 and restored the economic sanctions that the accord had lifted in addition to imposing new non-nuclear ones.

Tehran responded the non-commitment of the US to the deal with remedial nuclear measures that it is entitled to take under the JCPOA’s Paragraph 36.

After a change of the US administration, new President Joe Biden claimed that Washington was ready to rejoin the deal but has refused calls to remove the sanctions.

Iran and the remaining parties to the JCPOA are currently involved in ongoing discussions in the Austrian capital of Vienna to save the deal.

The US is also pressing for a step-for-step removal of the sanctions, which has been rejected categorically by Tehran. 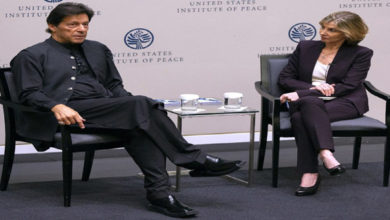 What did Prime Minister Imran Khan say on Iran in US? 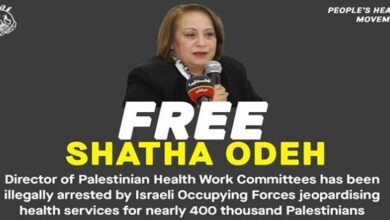 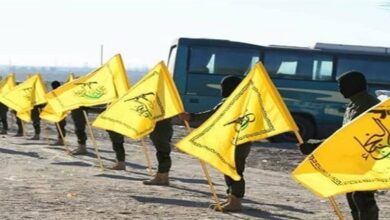